Latest Posts
17:15
Home Book Reviews The Mainstay [Epistle] on Preparing Provisions for Jihad for the Sake of God 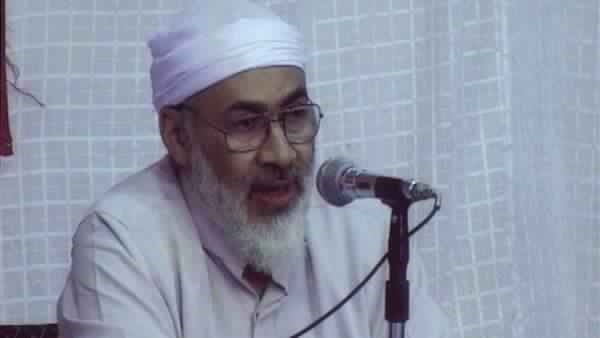 The Book Title: The Mainstay [Epistle] on Preparing Provisions for Jihad for the Sake of God.

The book “The Mainstay [Epistle] on Preparing Provisions for Jihad for the Sake of God” is one of the most important books that talked about the armed jihadist ideology in the modern era.  It includes concepts that obliged the normal people to fight based on wrong doctrines, the author put forward. His author Sayyed Imam, his nickname Dr.Fadl, is believed as one of the prominent member among the Global Jihadist Movement, as the extremist organizations, such as al-Qaeda, have taken his books as references, he also participated in the formulation of their legitimate research.

The author born in 1950, in Beni Suef, one of the northern city, in Upper Egypt. In 1986, he traveled to Afghanistan where he participated in the war of the armed jihadist organizations against the intervention of the Soviet Union, along with Dr. Ayman al-Zawahiri, al Qaeda leader.

The author began his book with talking about the necessity of preparing the nation for the duty of jihad, which he approved as individual duty and obligation for all the capable people, but in a framework that deviates from the role of the nation-state.

In this argument, there is a lack of awareness of the time paradox in the functional side of the state, which has developed significantly through creation of new jobs, which did not exist decades ago, those new jobs, must play its role as an actor among others on the international scene within the framework of Competitiveness.

It is also noted that the writer’s idea of  supporting the establishment of training camps outside the nation-state has reduced the popular dependence on the state in facing the security challenges in a deliberate process.

It also leads to the establishment of military militias to fight the traditional state, in addition to the application of law. The writer did not care about the consequences of this idea, which may lead to internal fighting between the state and the new armed organization, which will effect negatively in the security of the citizen, who the armed militias claim it’s seeking to protect him.

The writer also overlooked the paradox between popular public action, which may be an effective tool in times of war, and the institutional security work of government institutions. It is worth noting that the changeable human behavior necessitates according to changing laws and rules to achieve the goals of life.

The concept of jihad was not isolated from this rule. Although the concept of jihad mentioned in the Islamic literature, but the mechanism of fulfilling this jihad must be only through the state. This is contrary to the author’s recommendation, which obligate the public to fight outside the state.

The writer also ignored the government rationing of popular participation in the fighting, which is done by deducting part from Government budget and directing it to the security institutions to support them to achieve their functions. In addition, the state did not limit the concept of Jihad to its members as claimed by the writer, but the door of volunteering to join to the army, was never closed in the face of those who wanted to provide help to their country.

Regarding the idea of obedience to the ruler, the writer has destroyed this concept in the treatment of the fighters of government institutions with their leaders, but it was adopted as an internal mechanism to manage the affairs of the extremist organization. This reflects pragmatic thoughts of the writer to achieve the interests of the organization according to narrow vision of legitimacy.

Moreover, the author’s acknowledgment of the concept of obedience to the ruler cannot be reconciled with the modernist system of governance in the modern era, as the functions of the ruler and people are determined in accordance with a constitution.

We also find that the writer establishes a social and political divide according to unspecified criteria, before the dissidents are obliged to pledge a ruler, and obey him absolute. This is what the extremist organizations are adopting in their establishment.

The writer believes in the right of the fighter to move from unit to another within the same army, especially if he sees that his commander is not a good man. It is clear that this point is a reason for separation in the national cohesion in times of crisis. Personal criteria for determining efficiency and goodness vary from one person to another, opening the door to internal criticize that may affect the overall security performance of the group as a whole.

So, we see that extremist organizations are not free of schisms for ideological reasons, and they fight among themselves to impose one opinion by force. If this standard was applied to the regular national armies, it would have completely disappeared. The major rule in armies is competence, regardless of intellectual beliefs or personal lifestyles, which the author considered to be the primary criterion for determining obedience.

The nation-state never adopts the ideological standard instead of competence and professional experience, so it is rare to see any military splits in regular armies. The times of crisis increase the morale of the fighters. On the other hand, extremist groups that have split from other organizations give priority to fighting the mother’s organization before fighting the enemy, which both agree must be fought.

It should also be noted that the writer has abolished the shura’s obligation within extremist organizations, arguing that multiple powers may hinder the ruler from making quick security decisions to help achieve public security. It seems that the writer has completely ignored that the principle of multiplicity of powers was created to prevent the tyranny of the ruler, and the Shura may help the ruler to take the correct decisions, and thus spare the people great damage may include the delay of development processes.

In addition, the writer has abolished the role of the judiciary after he authorized the ruler to perform its tasks, based on the eligibility of obedience he owns. If the writer aware enough, he would realize that the adoption of justice as a straight lifestyle, cannot be avoided, cannot be with the concentration of power in one hand. This means that the author has established despotism from a religious perspective on the pretext of achieving stability.

The writer also ignored the idea of  multiple opinions, and this was clear in his support for the concentration of powers in one hand, in addition to describing the ruler as a God who should not be challenged in his power. He adopted this to prevent what he called dispersion, which weakens the reaction of the security.

In this we find that the writer ignored the possibility of the ruler to make mistakes because of his human mind and affected by the surrounding conditions, in addition to affected by social development.

It should be noted that the writer has paid considerable attention to the concept of “living tyrants” who must be fought for their use of non-religious means in the management of public affairs. If we admitted that the civil laws enjoy legitimacy and popular support, the cause of the fighting applies to a society that the writer sees as being devoid of instinct.

In the end, we have to mention that the writer has ignored the real purpose of the creation of laws; which is realization of justice that may disappear once the infighting begins. This reflects a total disregard for the people conditions that will be detrimental by the acts of extremist organization. It also reflects the writer has double standards thought. So how the organization allow killing of the normal people after justified its inception in order to protect them.