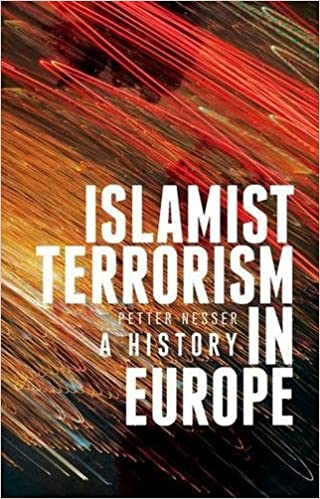 In recent years, European countries have seen the danger of extremist Islamist groups, which are among the greatest influences on societies, as they try to build parallel societies that are contrary to the rule of law.

In his recent book “Terrorism and Extremism in Europe from the Inside”, researcher on terrorism and intelligence issues Jassim Mohamad sheds light on the phenomenon of religious extremism and Islamist terrorism, with the participation of a group of researchers at the European Center for Counterterrorism and Intelligence Studies in Germany and the Netherlands.

Danger of the Brotherhood on Western societies

The author devotes the first chapter of the book to the various categories of terrorism in Europe, including the terrorism of Islamist groups, takfirist groups, political Islamists, the extreme right and left.

In the first pages, the book discusses the causes that led to domestic extremism, represented by the activities of takfirist groups, as well as the operations of lone wolves, in addition to the activities of political Islamism under the cover of cultural associations and social centers.

For example, the Federation of Islamic Organizations in Europe (FIOE), which includes Islamic organizations in 30 European countries, is one of the most prominent platforms for extremism. One of its first leaders was Said Ramadan, son-in-law of the founder and spiritual father of the Brotherhood, Hassan al-Banna, his private secretary and one of the organization’s first generation leaders.

Mohamad considers the FIOE to be the European wing of the international Brotherhood organization, which made him issue warnings about the dangers of the organization and political Islamists and their attempt to threaten European security by creating parallel societies within Western society.

The book also does not overlook the dangers of the far right in Europe, based on reports from European intelligence services and senior government and intelligence officials.

Mohamad does not neglect to discuss the factors of foreign extremism that has become a source of threats to European security, as foreign financing for extremist groups and political Islamism was most prominent, in addition to the threats of Turkish policies on multiple fronts, including Ankara’s activities in Syria, Libya, Iraq, the Eastern Mediterranean, and especially West Africa and the Karabakh region. He also takes a look at the future reading of relations between Ankara and the European Union. As a result of these files, tensions have increased between Turkey and Europe, especially when France banned the Turkish Grey Wolves group.

The book urges the importance of addressing extremism socially to counter the extremist ideology, as this has more beneficial effects on societies than the deployment of military forces to implement security in Europe.

In the second chapter of the book, the author deals with a range of dangers of Iran’s intelligence activities, espionage networks, targeting of Iranian opposition, targeting information and modern technology, as well as Iranian intelligence carrying out cyber attacks against European countries in order to steal information and research.

The Lebanese Hezbollah received its share in the book, in the context of a number of European countries banning it for its involvement in terrorist acts, as the year 2020 witnessed the terrorist group being banned by five European countries (Germany, Lithuania, Estonia, Slovenia and Latvia), in addition to countries such as the Netherlands and Britain, while Switzerland is considering taking a similar step. Activities of associations and centers affiliated with Iran and Hezbollah were also uncovered, which also represent a threat to Europe’s democratic system and security.