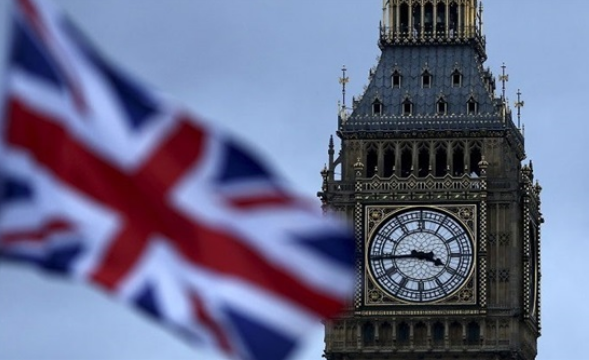 ‘Secret Affairs’: Book that talks about relationship between UK and extremist groups

Britain was a great kingdom for many years, exploiting the bounties of several countries around the world for the benefit of its children and clinging to its interests in these countries by trying to sow the seeds of discord among its members in order to continue to obtain these benefits. Among the mechanisms on which the United Kingdom relied on was cooperation with fundamentalists by helping them build extremist groups to divide the peoples of these countries.

Britain has succeeded in building several fundamentalist groups in various countries around the world, as was clarified in the book “Secret Affairs: Britain’s Collusion with Radical Islam” written by Mark Curtis and translated into Arabic by Kamal al-Sayed through the National Center for Translation in Egypt.

The book contains 19 complete chapters that included a non-sequential historical account of the role of the United Kingdom in both the Middle East and Asia to cause division among the peoples of these countries.

In the second chapter, entitled “Partition in India and Palestine”, the writer explained the division policy that Britain relied on in India and Palestine, and the British Foreign Office’s recognition that division in the Middle East is beneficial to it by saying, “What we want is not a united Arab peninsula, but a weak Arab peninsula that is broken up into small principalities as possible under our authority, but they are unable to take concerted action against us, and constitute a shield against the powers of the West.”

The titles of the book chapters can be presented as a whole before delving into them, as the third chapter deals with the forces of conflict in Iran and Egypt. The fourth chapter is “Islam versus nationalism”, the fifth chapter “The global message of Islam”, the sixth chapter “Weapons on demand in Jordan and Egypt”, the seventh chapter “The Saudis and the Iranian Revolution”, and the eighth chapter “Training terrorists: Islamic Jihad”.

The book deals with Britain’s cultivation of the terrorist Brotherhood organization in Egypt, Syria and Jordan in an attempt to sow discord and suspicion between these peoples and countries, and these groups were used to attack the idea of Arab nationalism, where they were used to attack the regime of late Egyptian President Gamal Abdel Nasser.

The book then dealt with Britain’s role during the 1980s in supporting groups in Afghanistan during its war against the Soviets, with the aim of confronting Soviet influence, as well as preventing Moscow’s control of oil in the Persian Gulf, where the UK, in cooperation with the United States, secretly supported and financed fighters and trained them militarily in complete secrecy.

Then the book dealt with the British role in the Pakistani-Indian disputes, as Britain considers the independent regimes to be its first problem from the writer’s point of view, as Britain supported the Pakistani regime through the gateway of investment. London is the second largest foreign investor in Pakistan and offers the third largest British aid program in Asia. Britain also supports the Pakistani regime due to the latter’s desire to extend to the territory of Kashmir, Uzbekistan, Tajikistan and Azerbaijan to control the Silk Road in Central Asia, which is a big goal for the United Kingdom.

In some subsequent chapters, the book refers to the British intelligence service’s use of some leaders in terrorist organizations, such as Abu Hamza al-Masri, Abu Qatada and Omar Bakri, to implement specific goals that Britain sought or to act as guides for it within these extremist groups.

The book also dealt in the last two chapters with the situation in the Middle East and how Britain deals with it, as Britain focuses on protecting oil in these areas, especially after the government issued a document entitled “The National Security Strategy of the United Kingdom”. Britain also attacked the Iranian regime because of its nuclear program.