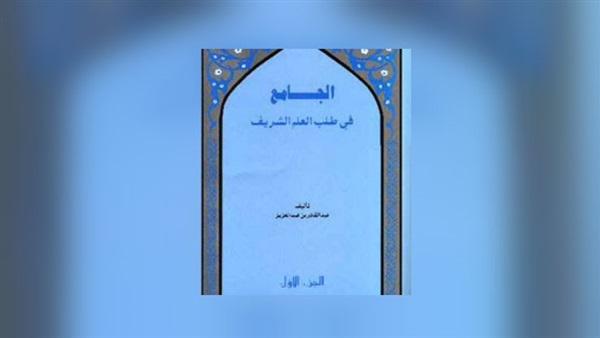 A Compiled Book in the Quest of Religious Knowledge

The name of the book: A Compiled Book in the Quest of Religious Knowledge

Name of the author: Sayed Imam Abdul Aziz Imam Al-Sharif, who published some of his works under the pseudonym of Abdul Qadir bin Abdul Aziz and under the nickname of “Dr. Fadl”

The book represents a constitution for the jihadist movements in the world. Its author widely labels Muslims and their imams as infidels and makes other non-Muslims disbelievers. He did not exclude anyone whether rulers or those who are governed.

The author of the book was born in 1950 in Beni Sueif city, northern Upper Egypt. In 1986, he traveled to Afghanistan where he participated in the war waged by armed jihadist organizations against the Russian interference along with Ayman al-Zawahiri, the current al Qaeda leader.

The author, Imam, divided the book into seven chapters, most of which deal with the virtue of religious knowledge and its seekers, how to seek knowledge as well as ethics of the scholar and the learner. The book has also recommended the study of some books in various Islamics.

The most important aspect of this book is represented in some points of discussion, especially in Chapter Six, and in this context we can review some of the author’s ideas and comment on them:

1 – The excuse of ignorance: The author, Imam, believes that ignorance prevents the punishment of the infidel, but it does not necessarily prevent him or her from being called infidels. Muslims who commit infidelity with ignorance are not called infidels until the knowledge is established and so is the argument. However, in the Muslim world, Imam says that there is no excuse of ignorance because knowledge about religious matters is presumably prevalent. Thus, in the Muslim world, no one is excused for religious ignorance except for hidden religious matters that are mostly known by scholars. Accordingly, Imam has labeled the majority of the society as infidels and has legalized the shedding of their blood.

The author fell in a sharp contradiction and confusion in the naming and the judging of the infidel. He describes the ignorant as infidel relying on the legal principle of “The law does not protect the fools”. If it is like this, he equates between human knowledge, which does not exceed the limits of the act and its result, and divine knowledge which reveals the true intentions of humans and holds them accountable on that basis. There comes the question: How does God open the door of repentance to worshipers while the author, Sayyed Imam, and his fellows close it before them? How does God excuse the ignorant while humans, who have nothing to do with the matter of others and who have appointed themselves as gods on earth, do not?

He also believes that whoever commits an act of disbelief whether in his words or actions will be proved infidel. He says that man gets into religion with many things, but comes out of it because of one thing. Moreover, infidelity does not condition that all the belief of a man has gone, according to him. He has also legitimized the shedding of the blood of all those who disbelieved in God. The author considered the idea of the Islamic constitution being derived from the Islamic shari’a law as a heresy and not permissible. He only wants to return to the past, and appoints himself as ruler on earth in the name of God if he wishes forgives, and if he wills tortures.