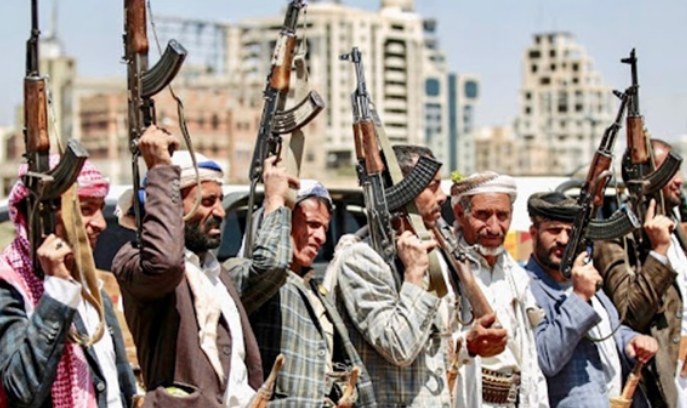 Yemeni human rights researcher Hamdan al-Ali criticized the role of the international community towards his country, saying that it has been negative since the outbreak of the crisis and had a direct impact in favor of the militias and not in favor of the Yemeni citizens.

In an interview with the Reference, Ali said that the international community has tools to pressure and influence recognized governments, but it does not have the power to pressure extremist armed groups.

Ali touched on many important aspects of the Yemeni crisis. Following is the edited, translated interview.

First, tell us about the role of the international community towards Yemen.

The role of the international community towards Yemen is, of course, a negative role from the beginning, and it had a direct impact in favor of the militias and not in favor of the people of Yemen. Yemenis are following what international institutions are doing with great surprise and even shock, and they notice double standards in many situations.

For example, when the government forces reached the gates of Sanaa and the gates of Hodeidah, very intense pressure was exerted at high levels in order to persuade the government to stop and enter into agreements with Houthis to stop the war. This is, in the end, a government demand to stop the war, and to spare the bloodshed is a government demand and a demand for all Yemenis. For this reason, the Yemeni government and the Yemeni components accepted the cessation of the liberation operations of the governorates (Sanaa and Hodeidah) to engage in or engage in consultations. But on the other hand, this group was turning against these intentions.

How do you see the situation in Marib specifically?

The Houthi militia has been intensively targeting Marib for two years, but the international community did not act as required and did not play any role in order to stop targeting civilians. We hear daily about bombings by Iranian-made ballistic missiles and Iranian-made booby-trapped drones, and because of it many children, women and the elderly fall. However, the international community does not listen to this matter, does not listen to the appeals of civilians, and does not move at all, as it did when the government forces were in Sanaa and Hodeidah. This is conclusive evidence that there is a negative trend that does not serve the Yemenis at all and complicates the battle.

It contributes to enabling a small component in Yemen to control the rest of the land, and this means that there will be no stability and there will be a sectarian group that controls all regions with their various diversity and complexities.

What is the secret of the Houthis’ desperation on the walls of Marib?

There is a real tendency for Iran to control Marib governorate because of its importance in the Arabian Peninsula. Marib has always played a role in stopping the Iranian tide, in the past and in the present, and the desperation of the Iranians and their aides in Yemen to bring it down for many goals. But God willing, this difficult stage will be overcome, and as we said the battle in Yemen is not for power, but for dignity.

What are the most important obstacles that stand in the way of legitimacy in Yemen?

International interventions still do not understand the essence of the Yemeni problem, and therefore the solutions they provide do not guarantee a just peace. All Yemenis want is that there be peace that guarantees equality of rights and duties among all Yemenis.

Tell us about the role of the Riyadh Agreement in reuniting the legitimacy camp.

The Riyadh Agreement is the solution, but it has not been implemented so far, as it is possible to build a cohesive bloc to confront an Iranian project targeting the entire Arabian Peninsula, not just Yemen.

How do you see the Iranian involvement with the Yemeni file?

Whoever believes that Iran will abandon its expansionist project is delusional, unless it changes its constitution, because the issue of exporting the Iranian revolution is stipulated in the Iranian constitution. Therefore, they will never stop, because this is an ideological project for them.