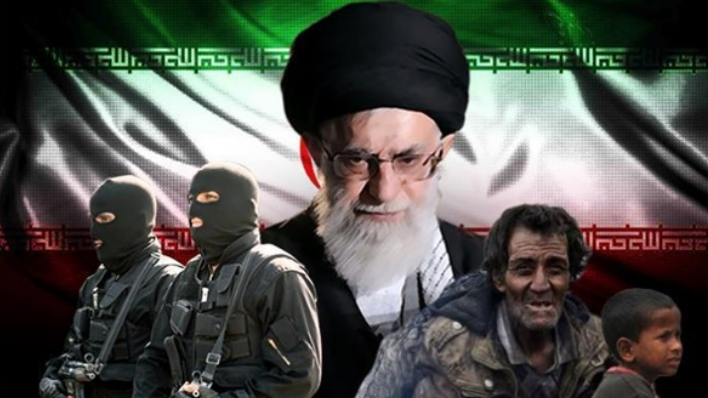 In his interview with the Reference, Bawecani discussed the concerns and suffering of the Kurdish minority inside Iran and the discrimination and persecution it is subjected to at the hands of the mullah regime’s forces, stressing that this regime seeks to transform Kurdish history into Persian, ignoring other peoples and ascribing to it their literary heritage. Following is the edited, translated interview.

First, tell us about the demands of the Kurdish movements

God created us on this earth and we had our states before the Persian state in the region. Our people and our state are older than the Persian state. Therefore, we ask for our right, and it is clear. Our number is more than 50 million around the world. We were divided among states without our permission or our choice. In the area that is occupied by the Iranian regime, which is called East Kurdistan, we number more than 12 million Kurds, and we are a people living in the region and are not a new people. Independence is our right.

What about the relations and coordination between you and the other oppressed nationalities in Iran?

Non-Persian peoples under Iranian occupation are in the arena of politics, struggle and contention, such as the Kurdish people in East Kurdistan, the Ahvazi Arab people in Ahvaz, and likewise the other well-known peoples in the region. Our lands are occupied, and it is our duty to coordinate and have joint action. Since the first day our party was formed, we have had a relationship with the non-Persian peoples, especially the Ahvazi Arab people, and our cooperation continues.

What are the most prominent manifestations of persecution practiced by the Iranian regime against the Kurds?

The Persian language is imposed on us when dealing with government agencies, although we speak Kurdish, and many of us speak Arabic, Azeri or other languages.

There is also a big difference in the provision of services between the Persian regions and the Kurdish, Baluchi and Arab regions, as the regime turns the whole history into Persian history and ignores other peoples and attributes to them their literary heritage and artifacts that distinguished them. Also, most political prisoners are non-Persian peoples.

The Iranian regime is going from bad to worse, and every change in it leads to more difficult circumstances. During the time of former Iranian President Hassan Rouhani, who is known to be a reformer, 256 Kurds were executed on political charges, in addition to 909 dead and wounded Kurds who carry goods; they are people who have nothing to do with politics. There are also large numbers of political detainees, amounting to 2,625 detainees so far.

What are your expectations for the next stage?

I say if the regime falls, it means the fall of the Persian Empire in the region from an army, occupation, and a change in the culture and demography of the peoples. The peoples in the region now are all living peoples who continue to struggle and defend their rights. More than five living peoples in Iran, numbering more than 65% of the Iranian component, are demanding their rights and independence.

So we see that there is a strong future for the non-Persian peoples in the region. If they do not get full independence, then at least they will get some kind of confederation with the approval of the United Nations as a first stage, and God willing all the countries will get their independence.

What are the most prominent sects and intellectual trends among the Kurdish nationalists in Iran?

We, like any people in the Middle East, have a Muslim majority, and in Islam we have Sunni and Shiite sects. The regime tried a lot to create problems between Sunnis and Shiites.

There are other religions, such as Yari or Kakai, and other minorities. The regime has tried to create problems between sects, especially in Kermanshah, the largest province and the future capital of East Kurdistan. There are many religions and sects in this province, and the regime does this until the Kurdish people’s trends shift from demanding independence to indulging in ethnic and sectarian problems. But the regime did not succeed, because we are united on a national cause.

Has the international community fulfilled its duty towards the persecuted Kurdish people in Iran?

Unfortunately, the economic and security interests of some countries take precedence over human rights, although they are often praised, and the Iranian regime’s violations of human rights and its support for terrorism have been proven to the world.