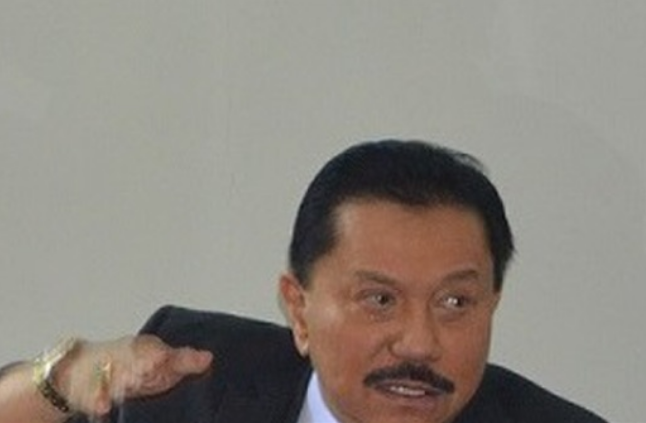 Retired Lieutenant-General, Abdullah Mahmud Hendropriyono, the former head of the Indonesian intelligence, said his country has succeeded in confronting the phenomenon of Islamophobia for a long time.

We did this, he said, even without using any ‘anti-Islamophobic’ rhetoric.

He warned, however, in an interview with The Reference that the Taliban’s control of Afghanistan would give terrorist groups the opportunity to thrive.

He also talked about counterterrorism, the characteristics of the Indonesian model and his view of some regional issues.

Sir, can you tell us about the characteristics of the Indonesian model?

The Indonesian model differs from that of other nations because Indonesia was formed on the basis of citizenship. It drew from the indigenous cultures of 1,340 ethnic groups, who speak 718 different languages, follow six major religions and hail from sects that exist in the country.

This basis is the foundation of the state and the national identity of our nation that lives. All these people live together and are always conscious of the importance of the unity of their country.

This basis is the identity of the unity of the Indonesian nation. So if the Egyptian constitution stipulates Islamic law is the source of legislation, in Indonesia the legislation derives from the belief in one supreme God, just and civilized humanity. Indonesia’s unity is led by the wisdom of parliamentary consultation and social justice everybody living in the country.

Since 1986, we have declared that the ‘Bangasila’ ideology is an open ideology or philosophy. This openness is not at the level of basic values only, but at the practical level as well.

At the most basic level, the founders of the Indonesian nation, most of whom were Muslim, rejected the state system that concentrates power in the hands of only one leader, or the so-called ‘caliph’, who holds executive, legislative and judicial powers at the same time.

Do you think Indonesian women have obtained their full rights? Is there still a long way to go?

It is almost perfect, if we remember the sequencing of our nation’s history in the past. This is impeded at present by the terrorist kinetic fundamentalist schools that emerged in the reform era of 1998.

For this reason, I expressed hopes for the formation of the International Women’s Liberation Front to protect women from various forms of behavioral control. I believe this constitute a violation of universal morals, ones advocated by our Prophet Muhammad (peace and blessings of God be upon him). This requires the preservation of the dignity of women.

Women are equal partners with men in building civilization and are not subordinate to men. Nothing exists in our religion that underestimates or humiliates women.

Indonesian women compete on the political platform. Some women were elected as mayors of municipalities and provinces. At the national level, Indonesia was led by a woman, namely President Megawati Sukarnoputri between 2001 and 2004. This had never happened in major countries.

Your country has made outstanding efforts to fight ‘Islamophobia’. How do you see this phenomenon?

‘Islamophobia’ is a logical fallacy in looking at Islam. We have to fight it, and Muslims in Indonesia are in a completely different democratic situation from those who consider Muslims ‘authoritarian’. Our rejection of secularism, for example, cannot be judged as undemocratic. Islam has nothing to do with violence. There is a group of people who have a terrorist kinetic fundamentalist ideology who are promoting violence. We deal with them under the rule of law.

Indonesia has already succeeded in tackling ‘Islamophobia’ for a long time, even without using any ‘anti-Islamophobia’ rhetoric.

Do you think that the Taliban’s control of Afghanistan will have an international impact? Will its effects remain limited to Afghanistan?

Yes, these events will give an opportunity for fundamentalist terrorist kinetic groups anywhere in the world to overturn the facts with inflammatory and influential rhetoric. They will claim that the success of the Taliban is theirs.

The Taliban differs from al-Qaeda in ideology and belief. Its leaders pledged not protect the terrorist al-Qaeda organization. However, after the withdrawal of US and NATO troops from Afghanistan, al-Qaeda suddenly congratulated the group. It claimed that the Taliban’s victory was also a victory for it. So it is clear that al-Qaeda’s provocative rhetoric is aimed at regaining influence.