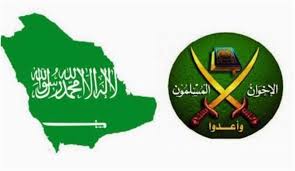 The Muslim Brotherhood was established in the Egyptian city Esmailia in March 1928 but it only came in regular contact with Saudis in the 1950s when thousands of Egyptian teachers were recruited to work in Saudi Arabia’s new public schools.

For many of them, it was an opportunity to flee Egypt where the ruling elite was planning to eliminate them whereas, for Saudis, they were merely teachers who would provide formal education for their young people.

As the number of Egyptian teachers who supported the Muslim Brotherhood grew, they sought to organise themselves and set up a branch or at least an offshoot to help them set their agenda in the kingdom.

However, Saudi authorities flatly refused to give the Brotherhood a chance to use religion for political purposes.

King Faisal Bin Abdul Aziz, who ruled from 1964 to 1975, reportedly explained the refusal by telling the Muslim Brotherhood: “All Saudis are Muslims and as such they do not need an organisation to spread Islamic ideology.”

The Brotherhood got the message and stuck to its limits in terms of influence amid local aversion to their ideology.

However, after several years, they seemed to have trespassed the limits and sought a more decisive status that would empower them to influence Saudi society.

Their moves sparked the anger of the late Prince Nayef Bin Abdul Aziz, the interior minister, who in 2002, became highly critical of their attitudes and vocally shared his suspicion of their tendency to “politicise Islam for self-serving purposes”.

“I can tell you without the slightest hesitation that the root of all our problems and issues is the Muslim Brotherhood,” he said in an interview with Kuwaiti daily Al Siyassah.

“When matters became extremely difficult for them and gallows were readied for them in their home countries, they came to the [Saudi] kingdom that looked after them, took care of them, preserved their dignity and made them feel safe. After some time, they wanted to work and we helped them by opening the schools and the universities, but they unfortunately revived their past links and started recruiting people and founding movements. They turned against the kingdom. They should not have hurt the kingdom. If they wanted to say something, they should have uttered abroad and not in the country that honoured them,” he said.

In 2003, the Muslim Brotherhood joined other Islamist societies that objected to the presence of non-Muslims in Saudi Arabia in the Second Gulf War against the Iraqi regime.

In 2011, the Muslim Brotherhood hailed the election of Mohammad Mursi as president of Egypt and openly supported uprisings in Arab countries, sending a shockwave across Saudi Arabia and other Arab countries.

With its masks coming off and self-serving agendas laid bare, the Brotherhood could no longer be trusted and, in March 2014, Saudi Arabia declared it a “terrorist organisation”.

Riyadh warned affiliates, supporters and sympathisers of the Brotherhood and all other intellectual or religious groups and offshoots categorised as extremist or terrorist that they would face jail terms varying between 3 to 20 years for disruptive activities, incitement and funding.

The decision was widely welcomed in Saudi Arabia and other Gulf countries amid concerns that the society was spreading its tentacles ominously in the region.

In neighbouring Bahrain, the first contact between the Muslim Brotherhood and Bahrainis was in the early 1940s when the ideology was brought to the island country and nurtured in the Students’ Club, later renamed Al Islah (Reform) Society.

Egyptian teachers based in Bahrain largely contributed to the expansion of the club and to the spread of the ideology, mainly in Muharraq, the country’s second largest city.

However, not long after, the Brotherhood members were involved in clashes with pan-Arab nationalists supporting their nemesis Egyptian President Jamal Abdul Nasser in 1954, and then again in 1956.

Most Bahrainis sided with the pan-Arabists while the Brotherhood kept a low profile.

In the late 1970s, leftist movements started to recede and the Muslim Brotherhood was able to re-emerge to attract new adherents, thanks mainly to an aggressive campaign based on tapes and books.

However, Al Islah did not challenge the authorities or sought to undermine the structure of the pluralistic community living in Bahrain even though its literature focused on promoting conservatism.

On June 3, Al Islah and its political arm, Al Menbar National Islamic Society, which has regularly taken part in municipal and parliamentary elections since 2002, issued a statement distancing themselves from any religious reference outside Bahrain.

In the statement, they said they backed security, cultural and intellectual efforts undertaken by the authorities in Bahrain to “root out the scourge of terrorism, in accordance with the law.”

The two societies made a point to stress that they have always supported the legitimate constitutional rule and the leadership of Bahrain.

In their statement, they commended “the strenuous efforts led by the Kingdom of Saudi Arabia to unify the stances of all Islamic states that attended the Riyadh summit, which isolated the Iranian regime and laid bare its terrorist and sectarian-tainted tactics in the international arena.”

Al Islah and Al Menbar added that they remained “committed to moderate Islamic thought which steered many young people away from the scourges of extremism and terrorism.”