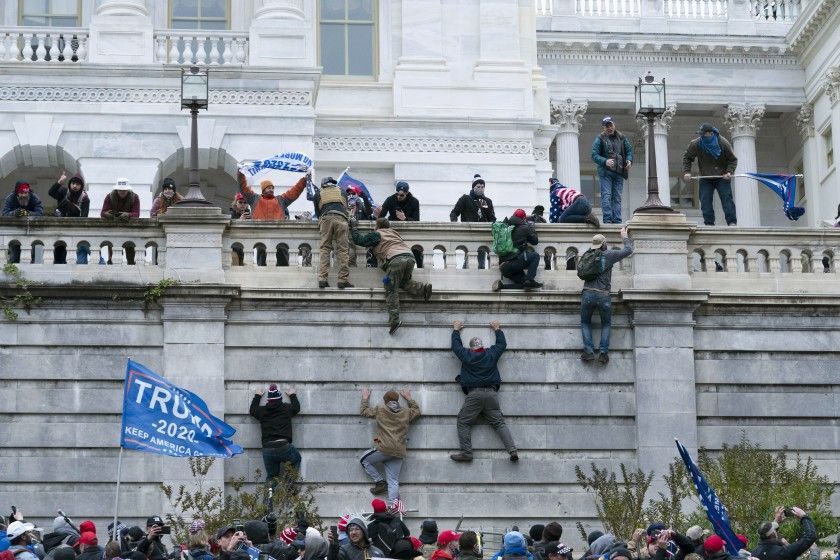 Brotherhood and the storming of the Capitol: Political fuel and usual exploitation

The branch of the Brotherhood in the United States showed a wide interaction with the events of the storming of Congress, or Capitol Hill. Not only did they provide statements of condemnation and denunciations as violent incidents, but they issued calls for the exclusion and condemnation of some congressmen, as well as receiving politicians and other congressmen for annual celebrations held for the purpose of collecting donations.

Institutional interaction with societal events seems normal, but what happened in Washington is a political event that makes engagement problematic about the goals the institution seeks to achieve, meaning that the storming of the US Congress building on January 6, 2021 by former President Donald Trump’s supporters, who objected to the results of the presidential election that ended with Trump’s defeat in favor of Democratic Party candidate Joe Biden, is a purely political objection, and the security services were able to control the situation hours after it happened, after which the procedures for ratifying the election results were completed.

As for the Brotherhood’s position on the incident, which is represented in statements released by the Council on American-Islamic Relations (CAIR) and the Islamic Circle of North America (ICNA), they included calls for the removal and trial of some congressmen accused of participating in the events, as well as the evaluation of Biden’s reaction to the facts related to the storming, despite the fact that these institutions are promoting themselves as a tool to integrate Muslims into American society and to prevent discrimination against them.

The Brotherhood has used the events of the Capitol storming to achieve its goals in the country, proven by the successive statements it publishes about the incident that are not related to Muslims or their conditions, as CAIR announced its joining a peaceful protest on January 16, 2021 in front of the office of Republican Senator Ted Cruz in Houston, Texas to demand that he resign.

CAIR accuses Cruz of spreading rumors and misinformation about the electoral process, which contributed to the storming that led to the death of at least four people, as the head of CAIR’s Houston branch, John Floyd, said that Cruz sought to rebel with the white supremacists to cancel the election results and that he should bear responsibility for what took place, as he mocked the democracy he was supposed to defend, not the extreme right movements.

It is reported that Senator Cruz had submitted on December 3, 2020 a bill requiring the US State Department to classify the Brotherhood as a terrorist group and confiscate its assets, as he was convinced of the group’s work in financing terrorism.

This shows that the Brotherhood’s institutions in the West sought to punish a particular politician not only because he spread rumors that ultimately led to the events at the Capitol, but they want to get rid of him due to him opposing their presence in the country as a terrorist group.

The Brotherhood did not fail to exploit the situation at Congress and the accompanying calls for some extreme right-wing groups to participate in them to promote that the values ​​of society are in danger, and therefore the conditions of Muslims are in danger, and that the Islamophobia they play on is not a lie but rather a reality in the United States and Western countries in general.

On this basis, the group accused Senator Cruz of supporting far right groups in a way that deepens the crisis of Islamophobia and racism in society, seeking to serve its own interests.

Amidst the current events in the United States, CAIR in Chicago held a ceremony for justice and called on everyone to donate for its continued provision of defense for persecuted due to Islamophobia and other forms of racial and religious discrimination, as well as defending those arrested as a result of the protests that took place following the killing of black citizen George Floyd.

This celebration was held on January 17, 2021, in the presence of two Democratic Party lawmakers, Rep. Ilhan Omar, who is always present at the group’s events, as well as Rep. Rashida Talib, and some other politicians, including the mayor of Chicago.