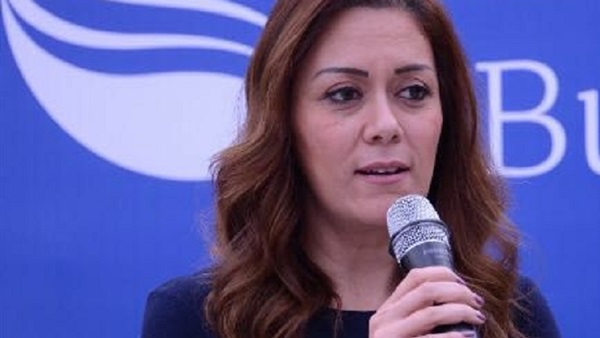 In an Interview, Rascha Ragheb tells The Reference about Youth role in organizing WYF

Dr. Rascha Ragheb, Executive Director of the National Training Academy (NTA), announced the upcoming framework and the initiatives that will be launched by the Academy.

In her interview with the Reference Ragheb said that NTA will work on implementing the main recommendations of the World Youth Forum 2019.

She also praised the Youth’s competencies to organize WYF.

Ragheb said that “a tremendous effort” exerted by the presidential program team, adding that the young people inspired the world with their positive energy, and hope.

In regards to WYF’s recommendations Ragheb pointed out that NTA will start working collectively on these recommendations asserting the keenness to implement it, as it given credibility to the forum.

Executive Director of NTA also said that President Abdul Fattah El-Sisi is keen on women empowerment in general, so he orders to launch an Arab-African platform for publishing women’s studies and funding women initiatives. The platform will enhance the role of women in society.

Ragheb expressed the role of the National Training Academy as an Intellectual incubator and catalyst for Human Development, providing creative solutions and innovation for transformative future leaders.

In the line with Egypt’s focus on creating a promising youth base qualified to carry the leadership torch the decision to launch Vice-governors program to train youth was born.

The program lasts for approximately 60 days, and it is an intensive training program aimed at rehabilitating appointed youths as representatives who maintain executive work, in addition to several ministries participating in the training process professionally, such as local development and planning.

In the interview Ragheb reviewed the NTA’s programs, as she pointed out that the Academy offers a wide range of programs that specialize in training and enhancing the abilities of youth in various institutions.

She added these various programs aim to develop the capabilities and skills of the Youth to enable them to perform their work in a professional manner that would reflect on increasing productivity and efficiency levels in their institutions, in order to meet the requirements and developments within the international labor market and its dynamic change.

The academy, Ragheb said, works to inject competent youth into the pipelines of the governmental sector to building and supporting the national economy and developing and raising the efficiency and performance of their workers in the administrative sector of the state.

The Academy worked on completing the fourth batch of the presidential program, in addition to the African Youth Program, from which several batches graduated.

As for the new programs that will be launched at the beginning of next year, it is the Presidential Leadership Program, which is a program that targets young people between the ages of 35 and 45, and its details will be announced soon.

The Academy has launched a new program targeting young people, between the ages of 16 to 45, and it is being prepared at the current stage, and it will be launched next year.