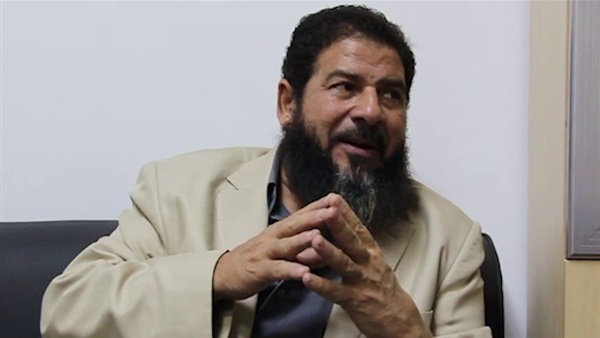 Dawalibi told al-Manara that Jamaa Islamiya leaders hesitated to assassinate Sadat following a meeting with Abdel Salam Farag, the head of Jihad Organization, who presented them with justification from the texts for killing Sadat.

He said the first Jamaa Islamiya meeting on Sadat’s assassination included Karam Zuhdi, the emir of Jamaa Islamiya, and three members of the Consultative Council of the organization, namely Dawalibi, Assem Abdel Maguid and Osama Hafez, who is the incumbent emir of the group.

The meeting, he said, was held at the flat of Khaled Shawqi al-Islamboli, an Egyptian army officer then. Islamboli was a member of Jamaa Islamiya and a close friend of Karam Zuhdi.

“During the meeting, Islamboli suggested the idea of assassinating Sadat,” Dawalibi said.

He added that he would participate in the military parade which would be held a short time later to commemorate the October 1973 victory over the Israeli army.

According to Dawalibi, Farag, who attended the same meeting, also liked the idea. He then presented proof from the Islamic religion to justify the assassination of the Egyptian leader.

The emir of Jamaa Islamiya, Dawalibi said, approved the idea along with the members of the Consultative Council of his organization.

He said Zuhdi asked other members of the Consultative Council of his group, namely Nageh Ibrahim, Essam Derbala, Hamdi Abdurrahman, and Ali al-Sherif, to hold a meeting on October 5 to assert their approval of the assassination plan. The time of the meeting was decided in a car on the road to Beni Mazar, Minya.

“The first group of members, which arrived from Cairo, met Islamboli at his private residence,” Dawalibi said.

He said Zuhdi then asked him and Abdel Maguid to travel to Cairo to tell Islamboli that the operation was cancelled.

Nonetheless, the operation had already been executed by then.

Dawalibi and Abdel Maguid arrived in Cairo when it was too late to tell Islamboli that the operation had been cancelled.

The state of emergence was immediately declared.