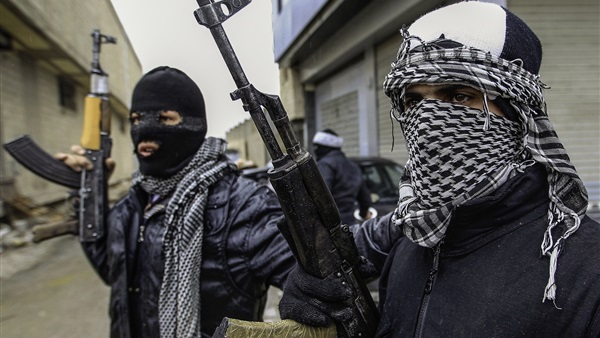 Economic fallouts of the First World War prompted successive waves of Muslim migrants from eastern Arab countries, who were seeking better living, to land in Brazil. However, the presence of Islam in South America got heavier in the wake of the Second World War.

In 1926, a group of Muslim migrants in Brazil established an outreach organisation in the southern-eastern city of Sao Paolo.  The organisation is the oldest Muslim facility in the country. Unfortunately, its meager budget hampered plans to build a mosque. The construction of a place of worship in Brazil was accomplished after 31 years.

Since its establishment, the charity organisation has managed to bring Muslims in Brazil together by publishing periodicals and newspapers.  Al-Nashrah newspaper issued in 1933 is considered the oldest newspaper in this South American country. Al—Zekarh came second as it was published in 1937. Throughout eight decades of the 20thcentury, different Muslim charity organisations sprang up in different regions in Brazil.

In an interview with the Reference’, Sheikh Sadeq al-Osmani, Director of Religious Affairs of the Union of Islamic Institutions, asserted that Brazil had witnessed in recent years a remarkable increase in the number of Muslims. Sheik al-Osmani told the Reference’ that although no official estimate is available, Muslims in Brazil constitute about 6% of the population.

Sheikh al-Osmani stressed that UII, the largest religious edifice in Latin America, is officially recognized in Brazil. “The UII is also the sole authority responsible for managing and sponsoring the affairs of Muslims in the country; and issuing fatwa (religious law),” he said. He emphasized that the status of Muslims in Brazil is by all means very good. “The UII is collaborating with [the Brazilian] authorities to serve the interests of Muslims in all fields,” he said. Sheikh al-Osman confirmed that they are inspired by the teachings of the holy Qur’an, which encourage Muslims to seek good and fruitful cooperation; and renounce hostilities and aggression.

In his interview, Sheikh al-Osmani explained that the UII is broadcasting the moderate Islam. The institution publishes religious books in Portuguese to conform with the culture of the Brazilians. “The UII publish books, which highlight Islam and its call for peaceful co-existence,” he said. “We are following the advice of the holy Qur’an, which urges Muslims to help lay strong foundations of co-existence with non-Muslims,” he said.

According to Sheikh al-Osmani, broadcasting Islam in Brazil is the responsibility of several religious institutions, which embrace the moderate and luminous discourse of the Muslim faith. However, he expressed deep concerns that seven years ago, fundamentalist movements began to rise in the Brazilian landscape. “These movements and groups are broadcasting Wahabism and the ideas of the Muslim Brotherhood,” Sheikh al-Osmani said, without naming any of them.

But he disclosed that the Brazilian authorities had arrested more than 15 extremists, who were planning terrorist attacks during the Olympic Games, which had taken place in Rio de Janeiro recently. Sheikh al-Osmani regretfully said that these extremists and Wahbis had managed to seduce  Muslim youth in the east and the west.

Defending the Muslim faith, he asserted that Islam is a divine revelation, and for this particular reason it (Islam) does not by any means preach racism, tribalism or alienation.

The UII’s official said that they are adopting a special strategy to counter and refute diehard ideas and thought. Elaborating he said: “the UII organizes religious events and courses. In addition, we publish books and lectures.” The largest religious institution in Latin America also offers financial support to low-income families, otherwise extremists would exploit their economic difficulties.

In his interview, Sheikh al-Osmani criticized some ‘evil’ states, which are supporting extremist and fundamentalist groups and lone wolves. “This kind of support is in the form of money paid to organize religious courses, which are cynically planned to brainwash and manipulate the minds of newcomers of the Muslim communities,” Sheikh Osmani said, noting that these newcomers do not have proper knowledge of Islam.

Sheikh al-Osmani was unhappy with anti-fundamentalism strategy in the eastern Arab countries. He said: “There are still shortcomings in efforts sought by eastern Arab states countries to counter radical ideology.” He deplorably said that these efforts are limited to sermons, teachings, and suggestions. He urged Arab states to follow the Brazilian experience in this respect by saying that religious tolerance is the rule in Brazil. He proposed lawmakers in eastern Arab countries to issue new laws, which criminalize radicalism. “Radicalism encourages Takferees to shed the blood of non-Muslims,” he warned. According to Sheikh al-Osmani the law in Brazil prohibits strictly worshippers of a certain faith from insulting others. “The violator is immediately referred to the court,” he said.

UII’s official urged Muslim countries to launch what he named a special religious police force to monitor and track down online platforms and media, which instigate hatred and blasphemy in society. “These are crimes against humanity,” he said.