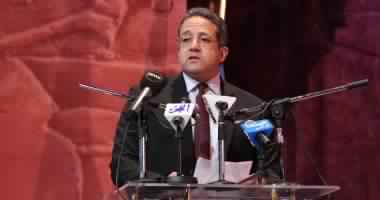 The Antiquities Ministry said Sunday that 4,266 artifacts belonging to King Tut Ankh Amon were transferred to the Grand Egyptian Museum (GEM) till now.

The transferred antiquities to the museum reached so far 42,755 ones so as to be showcased in preparation for the GEM partial inauguration slated for the end of this year.

In a statement, the ministry underlined that the statue of King Ramses II was separated of its temporary pedestal in preparation for moving it to the museum’s hall during the coming few days.

During the sixth meeting of the museum’s board of directors, it was decided to accept donations on the GEM’s account at the Central Bank of Egypt (CBE).

The ministry approved allowing free entrance to the primary and secondary schools’ students of the public schools starting in February. (MENA)