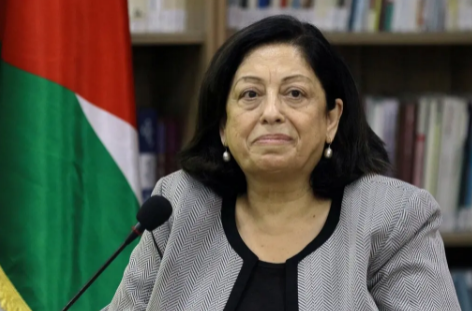 Asma Khader, Fighter for Women’s Rights in Jordan, Dies at 69

Asma Khader, an internationally recognized advocate for human rights and one of Jordan’s leading campaigners for the rights of women and girls, especially the victims of domestic violence, died here on Dec. 20. She was 69.

The cause was pancreatic cancer, her brother Munir Khader said.

Mrs. Khader (pronounced KAH-der) fought to improve the lives of Jordanians from both the inside and the outside. After years as an active member of the opposition, she joined the government and continued to press for greater rights for women and a more open press.

But mainly she threw her energy into nongovernmental organizations. She established the Solidarity is Global Institute in Jordan in 1998 to provide women with legal services and educational programs, and to lead campaigns for legislative and policy reforms. She served as the institute’s executive director until her recent illness.

It was one of many such groups she started, led or advised, including the Mizan Law Group for Human Rights and the Jordanian branch of the International Commission of Jurists, a global rights organization.

Mrs. Khader, along with other female activists, organized support, did research and lobbied lawmakers in an attempt to protect human rights in Jordan by revising the country’s penal code. That work led to the abolition of a law that had allowed rapists to avoid punishment by marrying their victims. More recently, Solidarity Is Global advocated the suspension of capital punishment in Jordan.

She also had a political career. She was appointed government spokesperson in 2003 — she was the first woman to hold that job — and then was minister of culture and, more recently, a senator. As spokesperson, she held weekly news conferences open to all and gave licenses to independent media organizations. She pushed for the state to provide shelters for women who were victims of violence, and for a law allowing working women to add their families to their health insurance.

In her human rights work, Mrs. Khader frequently traveled to Europe and the United States to speak at forums. She was also associated with several international organizations, including the Women’s Learning Partnership, a network of international women’s advocacy groups based in Bethesda, Md. She was one of three legal experts appointed in 2011 to the United Nations International Commission of Inquiry investigating human rights violations in Libya.

But her main focus was Jordan, especially its women.

“After a long struggle with domestic violence, the existing laws need to change to help women instead of only punishing the perpetrators,” Mrs. Khader said during an interview in 2010 with the Women’s Learning Partnership.

She pushed for an end to child marriage, although her campaign to end a frequently used exemption from the legal marriage age of 18 for women ultimately failed. She also pushed, successfully, for legal and financial assistance to female victims of violence.

Jordan has long been a steadfast ally of Western countries. But the status of women — their treatment in the labor force, access to good medical care and participation in politics — has deteriorated in recent years, although Jordanian women have made gains in education. A country where conservative tribes are often the backbone of government authority, Jordan has sat near the bottom of the World Economic Forum’s Global Gender Gap Report for the past decade.

Nearly 11,000 girls under 18 were married off by their parents in 2017 alone, according to Mrs. Khader, often in refugee camps and marginalized communities. Amid high unemployment, marrying off a daughter is seen as a way to lessen the financial burden on the head of the household. Rates of physical, sexual or emotional abuse of women between 15 and 49 are also high.

“Asma remained focused on making sure other women, especially those from underserved and refugee communities, could access skills training, learning and economic opportunities,” the Women’s Learning Partnership said in a statement.

Asma Hanna Khader was born on Jan. 25, 1952, in Zababida, a town in the West Bank, which at the time was under Jordanian rule. Her father, Hanna, was a translator for the Jordanian Armed Forces. Her mother, Martha, owned a clothing shop in Amman. Asma attended school in the city and worked in her mother’s store.

Mrs. Khader earned her undergraduate law degree from the University of Damascus in 1977. She established her own legal office in 1984 and was one of Jordan’s few practicing female lawyers.

In Jordan, Mrs. Khader experienced life under martial law, imposed by King Hussein after the 1967 Arab-Israeli war. The law banned political parties and large public meetings, and gave the government broad powers to restrict freedom of speech and the press and to try ordinary criminal cases in military courts.

“At the time, young women considered her an icon, and I saw many who wanted to be like her,” the writer Basem Sakijha said in a recent column in Ammon News, an online news outlet.

Along with her brother Munir, Mrs. Khader is survived by her husband, Adel Daibes, a lawyer whom she married in 1977; another brother, Samir; two sisters, Basma and Sawsan; four children, Osama, Ruba, Hanan and Farah; and four grandchildren.

“She was always a fighter and never took a day off from work,” Majida Ashour, a journalist and a friend of Mrs. Khader’s, said. “She never wanted people to see her defeated, even when she was dying, because her strength, the way she fought, was an inspiration to so many people.”