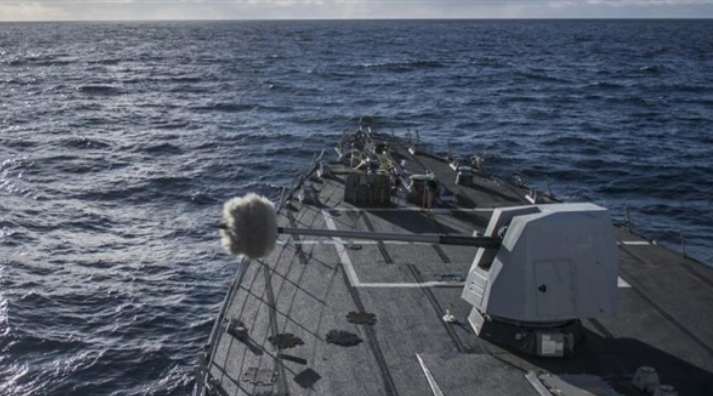 The US navy succeeded recently in seizing an Iranian arms shipment that was on its way to Yemen on board of a fishing boat that did not carry any flags in the northern part of the Arabian Sea.

The seizure of the shipment is considered a new blow to the terrorist Houthi militia, one that can contribute to clipping the nails of the Iran-backed militia.

It added that the US Navy and Coast Guard seized the weapons during the flag verification process.

The US Corps noted that the ship did not belong to any country and that it had exited Iran and entered international waters through a line that was historically used to smuggle weapons illegally to the Houthis in Yemen.

It added in a statement that the direct or indirect supply, sale or transfer of weapons to the Houthis violates United Nations Security Council resolutions and US sanctions.

It said the five-member crew of the boat identified itself as Yemeni.

The crew members will be returned to Yemen, the corpse said, noting that the fishing boat that carried the weapons had sunken.

The transfer of arms to the Houthis violates Security Council charters and US sanctions.

In a related development, Yemeni Information Minister Muammar Al-Eryani described the US Navy’s announcement about the seizure of a new Iranian weapons shipment that was on its way to the terrorist Houthi militia as a ‘blatant challenge’ from the Iranian side to the will of the international community.

The Iranian official explained that the Iranian regime’s continued smuggling of weapons to the Houthi militia embodies an extension of its continuous aggression against Yemen since the coup.

He said these actions come within the framework of implementing Iran’s destructive agenda and its expansionist project in the region.