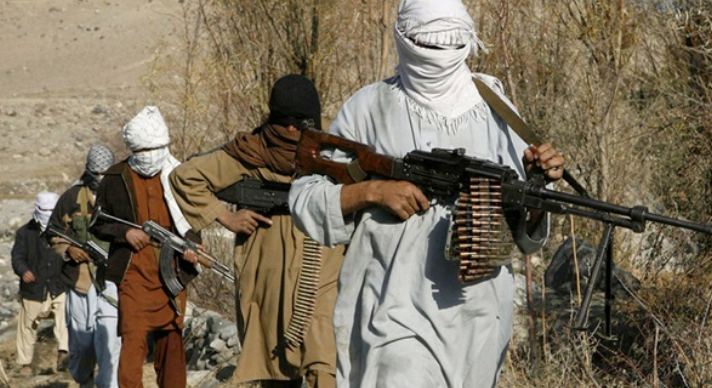 The Reference’s 7th birthday: Terrorist organizations in Africa’s Sahel and Sahara, ISIS and al-Qaeda struggle for influence, and monitoring spread of Brotherhood in Africa

The African continent was not far from the terrorist waves that swept the world in recent decades. North Africa has suffered for many decades of terrorism, especially in Egypt, Algeria, Tunisia and elsewhere. As readers know, these terrorist waves have receded in North Africa for several reasons, including the defeat of the Brotherhood in Egypt, as well as its loss of elections in Algeria and Mauritania, although it retained a foothold in Tunisia or Morocco. But the waves of terrorist operations have been almost non-existent in recent times, just as Sudan accelerated getting rid of everything that related to the Brotherhood after the overthrow of Omar al-Bashir’s government, except that the group is still active in a number of African countries, such as Senegal, Niger, Nigeria, Mali, Somalia and Chad. Meanwhile, other terrorist networks extend from Africa’s western coast to the eastern coast, where terrorist organizations have spread in Somalia and the Horn of Africa, which were the first areas to witness foreign interventions and international counterterrorism activity on the African continent.

This file contained a number of topics, on top of which are terrorism in the Sahel and Sahara, the alliance of various parties, ISIS and al-Qaeda struggling for influence, rebel groups and the Brotherhood, Iran’s plan to swallow Africa, the map of the spread and distribution of the Brotherhood in Africa, and international coordination to prevent terrorist groups from taking control of Sahel countries.

The file mentioned the varying size of economic losses as a result of terrorism in different regions. The economic losses of terrorism in Africa over the past decade were estimated at $171.7 billion, which is a non-exhaustive estimate of the costs of commercial investment and lost tourism, losses of informal economic activity, and additional security spending that included combating terrorism and refugees or internally displaced persons.

In addition, sub-Saharan Africa, South Asia, the Middle East and North Africa incurred 86% of the economic losses resulting from terrorist operations recorded in 2019, of which sub-Saharan Africa accounted for $12.5 billion.

Nigeria saw the largest drop in economic losses in the region by about 9%, while Burkina Faso and Mali saw significant increases by 552% and 31%, respectively.

This is in line with what the Sahel region has witnessed in the increase in the spread of terrorist activities over the past five years. The number of deaths decreased in Nigeria, while it increased in other countries, including the countries of the Sahel.

On the other hand, the focus countries, the countries of deployment and the countries at risk were responsible for the majority of economic losses resulting from terrorist operations in Africa, and this corresponds to the different levels of terrorist activity in the 18 countries compared to the rest of Africa.

The total economic losses for refugees and internally displaced persons between 2007 and 2019 amounted to $451 billion in all 18 African countries focused in this report.

This value included production, consumption and investment losses in the country of origin and the annual expenditure of the United Nations High Commissioner for Refugees, in addition to the fact that refugees and internally displaced persons in Nigeria and Sudan incurred the largest economic losses of $14.7 billion and $12.9 billion, respectively.

On February 10, 2018, Al-Bawabah published its cover with the Quranic verse {Fight them, God will punish them by your hands} [al-Tawbah: 14] with a picture of the heroes of the Egyptian Thunderbolt Forces during the operations to cleanse Sinai of terrorists, with “Heroes purify Sinai” written next to it. The cover also included an appeal to the armed forces, “O you who want to fight me, set a date for yourself and dig yourself a grave.” Here was the vision of Al-Bawabah to support the armed forces in the war against terrorism.