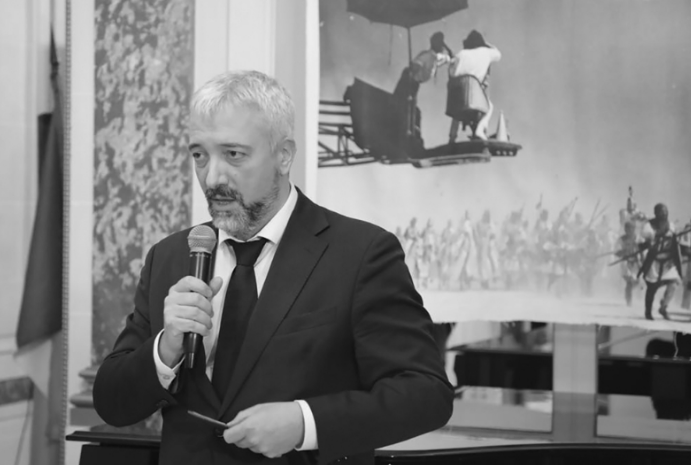 Despite the burial ceremony for Napoleonic general Charles Etienne Gudin at the Invalides in Paris on 2 December, Franco-Russian relations of late have not been quite as close as supporters of a stronger rapprochement would wish due to Ukraine and other weighty diplomatic differences.

High profile political personalities were notable by their absence from the ceremony, organised by the Foundation for Franco-Russian Historical Initiatives, headed by Pierre Malinowski with help from Elizaveta Peskova, the daughter of the Kremlin’s spokesman Dmitry Peskov .

A few days earlier, in the wake of a recent shake up of Russia’s soft power apparatus Yevgeni Primakov Jr, the head of the Russian cultural institution Rossotrudnichestvo profited from the annual Franco-Russian forum in Paris on 26 November to revive Russian cultural influence bodies in Paris, which have been hampered of late by political differences, and promise them more funds.

Between private ceremonies and award-giving, Primakov, who oversees a staff of former intelligence officers at the Rossotrudichestvo met the various branches of Russian influence in Paris to encourage them to work m21/09/22/la-societe-russe-deore closely together. The Russian House of Science and Culture, a branch of the Rossotrudichestvo, headed by Konstantin Volkov, and the Russian Orthodox Spiritual and Cultural Centre (CSCOR), on Paris’ quai Branly, are the most prominent entities. The CSCOR, which is favoured by the Russian embassy, is attached to the Russian foreign ministry and headed by Francophile diplomat Leonid Kadyshev. Primakov asked the two entities to step up their efforts, particularly in tandem with the Russian Geographical Society, which opened an office in Paris in September.

Networks of Russian nationals, overseen by the World Coordination Council of Russian Compatriots Abroad (KSORS), also received Primakov’s attention. In lengthy meetings, he assured them that Russians abroad are a priority for the agency, both in terms of consolidating their membership of Russian nationals and their descendants and opening it to people with an interest in Russia. The French branch of the Coordination Council is headed by Georgi Shepelev, a professor at the National Institute of Oriental Languages and Civilisations.

During his trip to Paris, Primakov, the grandson of Yevgeni Primakov Sr, the first head of the SVR, Russia’s external intelligence service, was accompanied by Alexey Polkovnikov, who has been his assistant since October 2020. Before joining Rossotrudnichestvo, Polkovnikov headed the Russian Humanitary Mission, (RHM) an NGO which deploys security experts, Russian language teachers, logistitians and war reporters mainly in the Balkans.

The RHM enters the mesh of Russian soft power

Now headed by Sergey Shevchuk, the RHM opened a new “Russian House’ in Donetsk on 30 November. Although Rossotrudichestvo’s missions have been dubbed “Russian Houses” since March this year, the Donetsk project was sponsored by the RHM in coordination with a youth charity and with the support of MP Viktor Vodolatski. A big supporter of initiatives in the Donetsk basin and member of the presidential interethnic relations council, Vodolatski also co-chairs the State Duma committee on Community of Independent States (CIS) affairs, Eurasian integration and relations with Russians abroad. He gets help from his colleague Konstantin Zatulin on these topics .