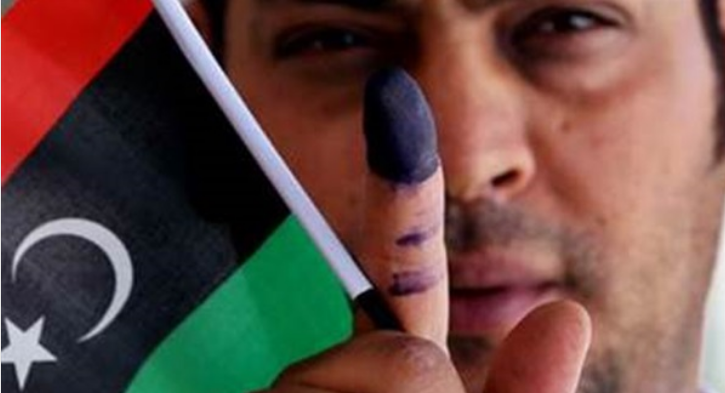 The Libyan political center is in a state of anger over the postponement of the elections, and confidence has declined at home after 10 years of armed conflict and fighting, in addition to some considering that the Government of National Unity (GNU) headed by Abdul Hamid al-Dabaiba has expired its legitimacy and mandate, while the Fezzan Municipal Council called for the expulsion of the British ambassador from the country for his intervention over the fate of the government.

The High Electoral Commission in Libya has proposed a new date for the presidential elections, confirming in a statement that it is proposing a postponement to January 24, 2022, about a month after the original date. It called on the Libyan House of Representatives to set another date for the presidential election process within 30 days as required by law.

The commission said that despite its technical readiness to organize the elections, the matter became impossible due to the difficulties it faced, the last of which was the stage of appeals, which constituted the last turning point in the electoral process and served as the stop at which everyone’s efforts to achieve this electoral benefit stopped.

The matter of postponing the elections was attributed to the inadequacy of the electoral legislation with regard to the judiciary’s role in electoral appeals and disputes, which negatively affected the decisions of the commission in defending its decisions and created a state of uncertainty that the commission’s decisions were right in terms of excluding some candidates who did not meet the conditions.

The House of Representatives issued a decision to form a committee comprising 10 of its members to prepare a proposal for a roadmap beyond December 24, stressing that the committee will submit its report to the office of the presidency within a week to present it to the House during its next session. The committee confirmed the impossibility of holding the parliamentary and presidential elections in the country on their scheduled date of December 24.

Cities in eastern and western Libya simultaneously witnessed on Friday, December 24, for the first time in years, demonstrations under the title “Friday of Salvation” to denounce the postponement of the elections.

On Tuesday, December 21, the Libyans described a meeting that brought together a number of presidential candidates, most notably Khalifa Haftar and Fathi Bashagha, in the eastern city of Benghazi, as a glimmer of hope for them after a decade of chaos, since the presidential candidates announced their agreement that the overarching national interest is above all else. They affirmed the continuation of coordination and communication and the expansion of the framework of this national initiative to unify terms, reunify, and respect the will of the Libyans.

On the other hand, EU High Representative for Foreign Policy and Security Affairs Josep Borrell called on the Libyan authorities to urgently set a clear timetable for holding the presidential elections as soon as possible, as four European countries, along with Washington, earlier urged the Libyan authorities to find consensus, hold elections quickly, and comply with the internationally agreed roadmap, in addition to the succession of foreign warnings and calls in light of domestic public anger and discontent as a result of postponing the first electoral date until next month.

On the other hand, a statement issued by the British embassy sparked a state of anger, as the Fezzan Municipal Council demanded the Libyan authorities to expel British Ambassador Caroline Hurndall after her intervention regarding the fate of the government, in addition to its call on all national forces to stand united in the face of foreign interference and attempts to undermine Libya’s sovereignty.

The Libyan anger towards London came after the statement of the British embassy called for the continuation of the GNU, which the Libyans consider to have expired its legitimacy and mandate.

Protesters considered the embassy’s statement a violation of Libyan sovereignty and an obstruction to the road map, and a number of journalists, politicians and activists launched the hashtag “Expel the British ambassador from Libya.”