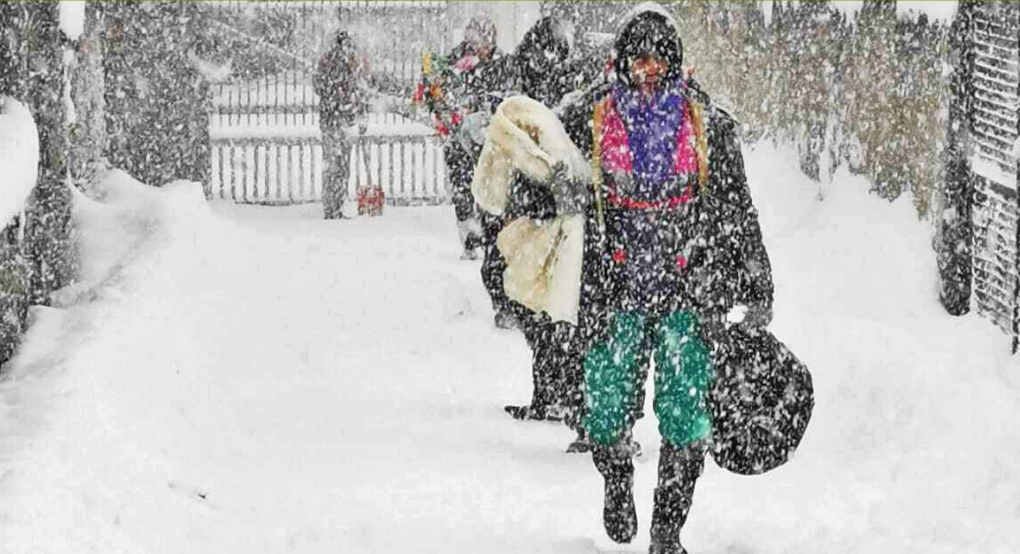 About 1,200 migrants have risked their lives every month this winter crossing the snowy Alpine peaks from Italy into France. It’s a perilous journey that kills some and maims others, but emboldens those survivors who are heading for the Channel.

The numbers braving the eight-hour trek across the border from Claviere and Bardonecchia are higher than in 2020 and 2019, suggesting that the known death toll of six over the past four years could rise in coming weeks.

“It was minus 12C, I was up to my waist in snow and after using my hands to pull myself forward they started to go numb,” said Abdullah, 38, an Algerian. He attempted the crossing in January this year wearing wellington boots, two pairs of trousers, a jumper and a jacket — but no gloves.

After a night getting lost trying to dodge French police patrols equipped with drones, dogs and night-vision goggles, he was finally rescued by an Italian Red Cross patrol who rushed him to hospital back in Italy.

He counts himself lucky to escape with his life, even if doctors had to amputate two frost-bitten blackened fingers on his left hand at the knuckle and remove two finger tips from his right.

His tale has done nothing to deter the latest wave of migrants this winter. They are mostly Afghanis, Iranians and Iraqis, who enter Italy from the Balkans believing that if they can make it over the frozen Alpine passes, the Channel is nothing to fear.

“They think that if they can get past here they can do anything,” said Michele Belmondo, 29, the Red Cross official who saved Abdullah.

At a relatively low 1,600 metres (5,250ft), Claviere is a natural crossing point in the Alps into France. Ski slopes switch back and forth across the border, meaning skiers have a good chance of meeting an Afghan migrant family as they practise their snowploughs.

“The slogan here is ‘ski without borders’ and it’s odd to see skiers zipping between the countries as if the frontier doesn’t exist, alongside people risking their life to cross that frontier,” said Belmondo during a visit to Claviere.

He pointed up a slope to where two French policemen were perched on a ridge scanning the area with binoculars. “If migrants slip past them, the French will still round them up in a kind of grey zone that stretches back 10 to 15 kilometres from the border. But if they can reach Briançon, where there is a train to Paris, there is an unofficial deal the police will leave you alone.”

Those nabbed in the grey zone are dumped back at the border at Claviere, with almost all migrants experiencing at least one such pushback before they can sneak through. “Often the migrants try again. I met an Afghan family with two grandparents in tow that tried four times in a week in October.”

Belmondo, who manages Red Cross operations in the area, said he believed France had stepped up patrols in October in response to UK pressure over migrants congregating in Calais. That in turn led to a build-up of people waiting to cross from Italy.

As an alternative to Claviere, the mountains above nearby Bardonecchia are also attracting migrants this winter. Among them was a Bangladeshi man in gym shoes who was lucky to be rescued after losing his bearings, and an Afghan who became stuck in the snow one night and used the light from his phone to attract a crew cleaning a nearby ski slope.

Belmondo said: “Even if you make it past there, the police are waiting for you in the first French village on the other side.”

Belmondo’s team use a quad bike and a tracked vehicle to get up into the hills to rescue stranded travellers by tracking their phone signals. “The problem is there are few cell towers, the location can be wrong and when we ask where they are, the language is a problem. If they say ‘tree’, or ‘snow’, that’s not much help,” said Andrea Mascarini, 28, one of the quad bike drivers.

At a welcome centre run by a local priest in the town of Oulx, none of the setbacks were deterring the migrants waiting to cross. Among them was a 23-year-old Eritrean who said he was feeling fit again after suffering a broken leg when policemen beat him up in Libya.

Elena, a volunteer at the centre, said: “We give them boots, they hand them in at a migrant centre in Briançon after they cross, and the shoes are sent back here to be used again.”

A 25-year-old Moroccan man said: “It’s my first time and it will be cold but at least I got good boots here.”

Drawing a line between saving migrants from dying and actively helping to smuggle them over the border is a challenge, said Belmondo. “The Red Cross is neutral, so we do not give out maps, but we can give them an emergency number to ring, a blanket and a flask of tea.”

He described how, a few decades ago, Italians seeking work in France were using the same routes. “In the 1960s Sicilians with cardboard suitcases were coming through and a local mayor was appealing for money to help bury all those dying on the route,” he said.

More than a flask of tea, the Red Cross now also provides beds for migrants at its base in Bussoleno near the border, where they are looked after by Abdullah, the frost-bitten Algerian, who has been volunteering for the charity since his release from hospital.

“I can’t tell migrants not to risk it since they are so determined to cross,” he said. “But I do show them my hands and say ‘be more careful than I was’. Then I tell them: ‘If you are in trouble, ring us’.”