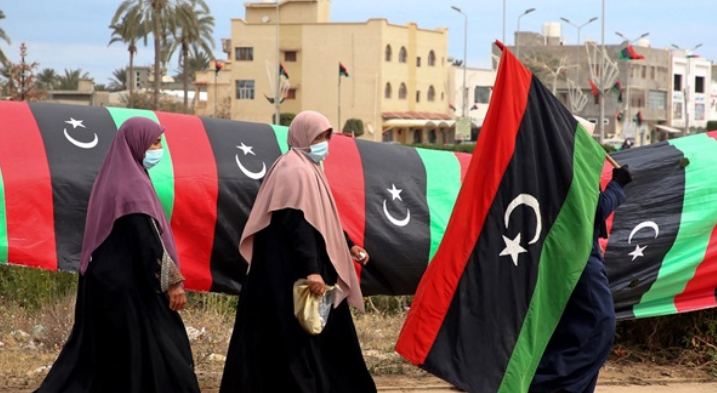 Libya’s elections face the prospect of delay, amid increasing ambiguity.

The High National Elections Commission decided recently to delay the publication of the final list of parliamentary and presidential candidates.

Meanwhile, one crisis keeps popping up after another. These crises included the closure of oil and gas production in several fields.

There is also a state of anger and despair among Libyans, especially after eligible voters had received their voting cards in preparation for the elections.

Several crises have surfaced on the Libyan scene due to the failure to announce the lists of candidates.

This has compounded the December 18 closure of oil and gas production fields, against the background of continuing protests by petroleum facilities’ guard.

The protests were fueled by complaints by the guards that the authorities overlook their financial demands.

The guards said in a statement they would shut down oil and gas production at al Wafa fields, al Khumsiya field, and Iblaa and Jizwa fields.

This closure brings overall oil production in Libya down by 300,000 barrels a day.

The corporation said the suspension of production in the fields was made by people affiliated with the Petroleum Facilities Guard.

It warned that putting a stop to production resulted in wasting the Libya’s wealth.

Maintaining this suspension, it added, would bring even more poverty to the Libyan people.

“We regret what happened to individuals and non-competent parties outside the framework of the law to close the pumping of crude in the fields,” the corporation said.

“What happens is a new chapter in the series of closures whenever oil prices improve,” it added.

These developments come as Libya prepares to sign contracts with foreign oil companies to increase production to 1.4 million barrels per day by mid-2022, according to Bloomberg.

It referred to the Libyan budget which has allocations for the oil sector.