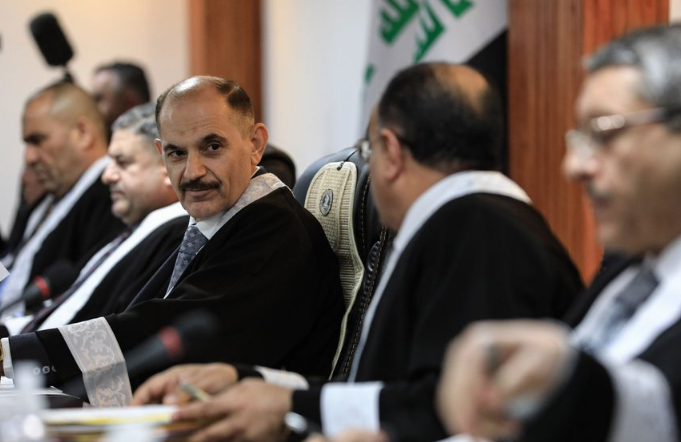 Iraq’s top court endorsed Monday the results of the country’s parliamentary election, in a setback for a powerful pro-Iran faction that paves the way for the formation of a new government.

Shiite cleric Moqtada al-Sadr, an independent-minded nationalist, won the largest share of seats in the October poll. The Fatah Alliance, aligned with Iran-backed militias, lost significant ground in the vote and alleged voter fraud despite the election being validated by international observers and Iraq’s electoral commission.

The Federal Supreme Court rejected Fatah’s challenge and said canceling the election results was outside its jurisdiction, while citing what it called some irregularities and advising against using an electronic count system in future elections.

Following the announcement, Mr. Sadr called for the quick formation of a “national majority” government. A photo posted on Facebook showed him praying at the shrine of Shiite Imam Ali in the holy city of Najaf.

Hadi al-Ameri, the head of Fatah, said he accepted the court’s decision “despite our deep belief that the electoral process was marred by fraud and manipulation” and that “the court was subjected to great internal and external pressures.”

Tensions were high in the capital Baghdad and two southern provinces in the days before the court session. Protesters demonstrated against the election results outside the courthouse and around the heavily fortified Green Zone. Some chanted against the country’s current leader, Prime Minister Mustafa al-Kadhimi.

In Iraq’s political system, the largest bloc in parliament chooses who becomes prime minister. The court’s ratification of the election results starts the clock ticking on a constitutionally mandated two-week period to assemble a majority coalition and then select a new speaker of parliament and prime minister. Deadlines for these steps have slipped in the past; after the previous vote in 2018, a new government wasn’t installed for eight months.

The stakes are high for Iraq: a new government could decide on the future of U.S. forces still based there to help in the fight against Islamic State while navigating a broader geopolitical power struggle between Washington and Tehran.

Mr. Sadr, the onetime leader of a rebellion against U.S. forces following the 2003 invasion of Iraq, is unlikely to seek office himself but is positioned as the country’s key political power broker. He faces fierce competition from Shiite political rivals and pro-Iran hard-liners who wish to pull the country closer into Iran’s orbit.

A new government will likely take shape through political horse-trading. Some Iran-backed groups have already started urging Shiite politicians to unite along the sectarian lines that have sharply divided Iraq for two decades. Mr. Sadr has vowed to usher in a new government free from the influence of both the U.S. and Iran.

The surprise election setback for the pro-Iran bloc also raises the prospect of protests and clashes between supporters of the rival factions, analysts and political observers say.

Election results are only part of the equation of government formation in Iraq, where groups can use or threaten violence to exert influence, according to Renad Mansour, a senior research fellow at Chatham House, a London-based think tank.

“You really see that with how Sadr and his team have not managed to form a government and Fatah and others who did not win that many seats have still kept a spot at the [negotiating] table,” said Mr. Mansour.

Protests after the election results were first announced turned violent. Mr. Kadhimi was at home when an explosives-laden drone attacked his residence in Baghdad in an apparent assassination attempt. U.S. officials said the attack was likely conducted by an Iran-backed militia, but the armed groups denied responsibility and no one has claimed responsibility for the attack.

It is unclear if Mr. Kadhimi will stay on. He brokered talks this year between regional rivals Iran and Saudi Arabia, but he relies heavily on the U.S. for military and political support. He is buffeted by hard-line Shiite politicians and has faced threats from an Iran-backed militia leader.

The election was brought forward as a concession to a protest movement that began in 2019. It was dominated by the issues that triggered the upswell of dissent—an economic crisis and endemic corruption.

Some 2,500 American troops remain in Iraq. Earlier this month they transitioned from a combat mission to one meant to “advise, assist and enable” Iraqi forces fighting the remnants of Islamic State, which once controlled a third of the country’s territory.

On Sunday night, three Iraqi convoys transporting equipment for U.S. forces were hit by improvised explosive devices in Baghdad and the adjacent provinces of Anbar and Babil, incurring some material damage, a police official said. An array of new militias has claimed responsibility for dozens of such attacks in the past year or so.