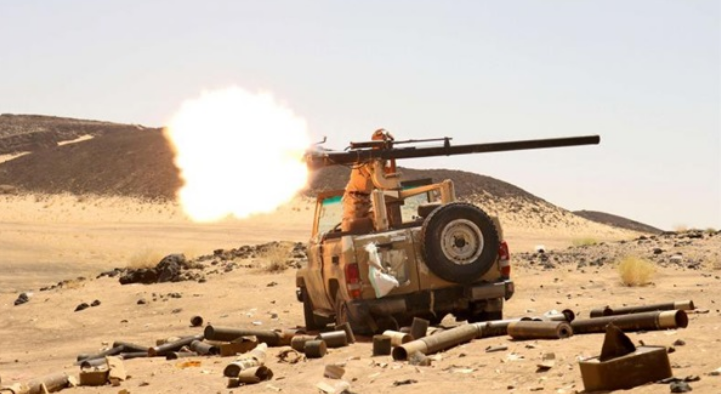 A Yemeni political analyst has uncovered what he described as ‘huge’ human and material losses sustained by the Houthi militia since it entered the battle for Marib almost ten months ago.

Political analyst, Adnan Mohamed, said the Iran-backed militia has been incurring unprecedented losses on a daily basis since it entered the battle.

He told The Reference that the Houthi group launches more air raids on residential areas now than ever before in its bid to gloss over its losses.

“The militia relies in its battles on weapons looted from Yemeni army camps,” Mohamed said.

The Yemeni army was able to liberate a large number of cities that were under Houthi control in the past period.

The liberation of these cities also helped the army reclaim the weapons the Houthis stole from its camps.

“The group now has one option: move ahead with fighting, hoping to avert its inescapable defeat,” Mohamed said.

He added that the losses suffered by the group would force it to avoid escalation in the coming period.

The Houthis, Mohamed said, can only now attack populated areas to put pressure on the Yemeni government.

The joint Yemeni forces had recently waged fierce battles against the militia in a large number of strategic areas.

The Yemeni army said in a statement recently that the joint forces and the Saudi-led Arab coalition had destroyed 11 Houthi combat vehicles and patrols on the southern and western fronts in Marib with artillery.

Dozens of Houthi militiamen were killed and wounded in the attacks as well, the army added.