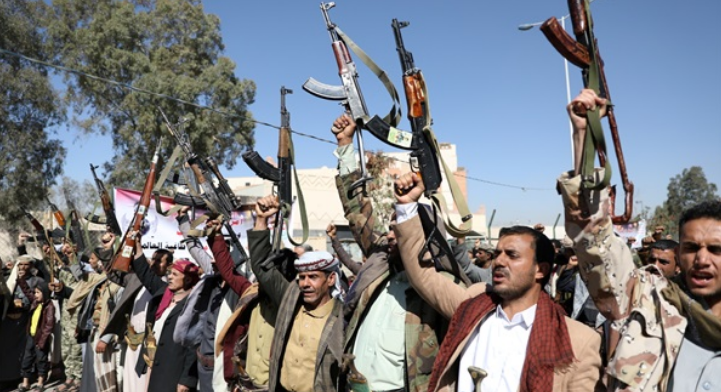 The international community works to bring an end to the war in Yemen and bring peace to the Arab country.

Meanwhile, the Iran-backed Houthi militia keeps intensifying its subversive and provocative activities in schools, especially in areas under its control.

It works to turn the schools into dens of polarization and production labs for students who are ideologues of the culture of death and hatred.

The Houthi militia seeks to attract school students in Sana’a and the other provinces and engage them in their battles against the legitimate Yemeni forces.

Members of the Houthi militia roam Sana’a’s schools under several names to attract the largest possible number of students and push them to the battlefronts.

They do this to make up for the human losses they incurred during the past few weeks.

In the same context, the Houthi militia obliges schools to organize cultural and discourse events, during which they broadcast speeches that encourage the students to fight and be part of rampant violence in Yemen.

The violations of the terrorist Houthi militia do not stop here. These violations are also seeping into the Ministry of Youth and Sports. The militia works to mobilize young people and push them to the battlefronts.

The militia organizes youth forums that ostensibly include cultural, social and development activities, but in essence distribute sectarian books and publications to more than 49 libraries and 250 headquarters, clubs, educational and sports facilities, according to a televised report by al-Arabiya news channel.

The Houthi militia’s recruitment of athletes in Yemen is not new. The Mayon Organization for Human Rights and Development revealed recently that Houthi elements had lured the junior gymnastics champion Abdul Rahman al-Tahmi, through the Ministry of Youth and Sports in the coup government.

It put this sports champion in the crematoria of death