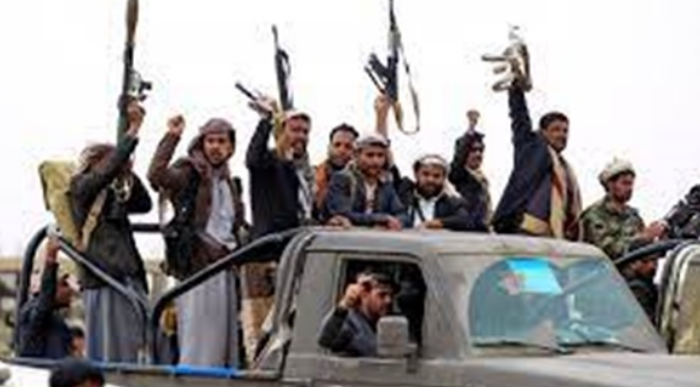 Life in Yemen is becoming more difficult day after day as a result of the Houthis’ practices, as poverty is widening and the number of displaced people is increasing. Amid this, the militia has been the biggest beneficiary of the support of United Nations organizations and their humanitarian services that the militia has harnessed to continue its war against the Yemenis.

With leniency and inaction shown to the Houthis by the United Nations, the militia has found an opportunity to double its aggression and expansion in large areas of the country and launch their attacks.

This was confirmed by a statement made by former UN Humanitarian Coordinator for Yemen Jamie McGoldrick, which was considered as a cover for the Houthi militia to continue its terror against the Yemeni people, as he described the militia as the “de facto authority,” which suggests his desire to legitimize the militia that overturned an elected government.

McGoldrick’s successor, Lise Grande, is following in the footsteps of her predecessor, as she had earlier signed a memorandum of understanding with the Houthis under which an air bridge would be established to transport the militia’s wounded, in a move that surprised observers, especially since that step came days after the Houthis thwarted peace efforts in Geneva.

While the situation is getting more complicated, international relief aid has become prey to the Houthis, which has caused more suffering to the citizens, as the militia has used starvation as a weapon against civilians, in addition to distributing huge quantities of aid to its armed men, spending on war, and purchasing of supplies and equipment.

In December 2021, the Houthi militia revealed that it had received $1.5 million from the United Nations under the pretext of implementing a demining program.

This support is considered the second of its kind, as the UN had previously provided support to the Houthis in 2019 under the same pretext, but the Houthis did not hesitate to use that support to expand the scope of laying mines in civilian-populated areas, including Hodeidah, Marib and Taiz.

In May 2019, the UN announced on Twitter, published by the United Nations Development Program on the official page of its office in Yemen, that the Houthis had been given 20 four-wheel drive vehicles as part of the support for the demining program, which were handed over to the Houthis Executive Center for Demining. However, since the Houthis’ coup against the legitimate government, they have not announced that they have extracted a single landmine, and in return hundreds of thousands of all kinds of mines have been planted.

At the beginning of 2020, the World Health Organization delivered about 100 ambulances to the Houthis under the pretext of distributing them to hospitals in the governorates under their control. However, a few months after the UN grant, Houthi militants appeared on board those vehicles on military missions.