Latest Posts
19:11
Home Profile Former Afghan president Ashraf Ghani says he fled because security were ‘not capable’ of protecting him 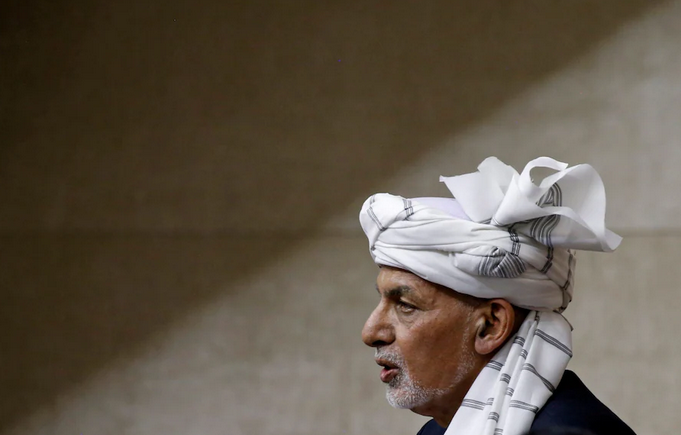 Former Afghan President Ashraf Ghani has offered to take a lie detector test to disprove allegations he took money out of the country as it fell to the Taliban.

Reports emerged in the summer that the ex-leader fled Kabul with millions of dollars, with Russian state media alleging that he had to leave some money behind because it would not all fit in his helicopter.

“I want to categorically state I did not take any money out of the country,” Mr Ghani told the BBC’s Today Programme.

“The helicopters in our first destination were available for everybody to search.

“I would be delighted to have any kind of investigation including taking a lie detector test or anything else that is important,” he said, adding that “my style of life is known to everyone” and he would have no need for the money.

In the same interview with General Sir Nick Carter, a guest editor of the programme, Mr Ghani said he fled Afghanistan because his security detail was “not capable” of defending him.

“On the morning of that day, I had no inkling that by late afternoon I would be leaving,” he said. “[My] national security adviser and the Chief of the President Protective Service (PPS) came and said the PPS has collapsed.”

“If I take a stand, they will all be killed and they will not be capable of defending me.”

Mr Ghani said that he had hoped to evacuate Kabul for Khost, an eastern city on the border with Pakistan, but he was advised the city had already fallen to the Taliban.

As Afghanistan fell back into the hands of the Taliban, Mr Ghani fled the country for the Uzbekistani capital of Tashkent, before claiming political asylum in the United Arab Emirates.

Despite being labelled as “gutless” by a former spokesperson, Mr Ghani stated at the time that he had left “in order to avoid further bloodshed.”

He doubled down on that sentiment in an interview released in September of this year, saying “leaving Kabul was the most difficult decision of my life, but I believed it was the only way to keep the guns silent and save Kabul and her 6 million citizens.”