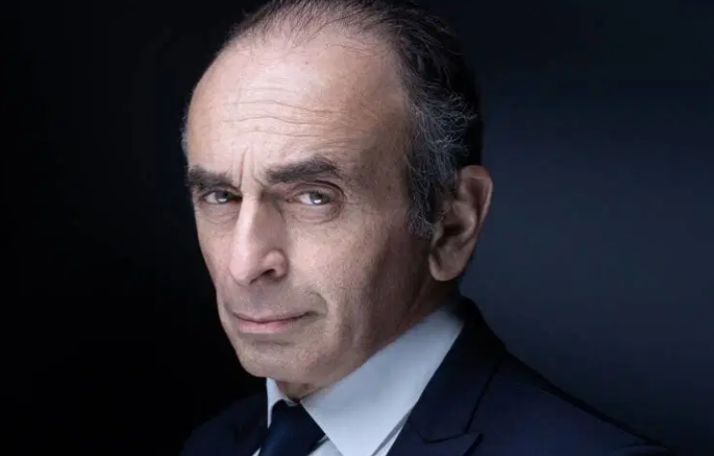 French far-right provocateur Éric Zemmour on Tuesday announced his candidacy for presidential election in April, officially joining a tense race he had already upended in recent weeks before his announcement.

In a 10-minute video, Zemmour echoed some of the divisive themes on which he has frequently relied to draw supporters to crowded venues, and which have largely revolved around what he calls France’s “disastrous path of decline.”

“You feel like a stranger in your own country,” he said in the video, which contrasts footage of street violence and migrant camps with nostalgic clips of famous French performers, nuclear power plants and the Concorde supersonic airliner.

Zemmour provocative style, including his recent demands for a ban on foreign-sounding first names, have drawn comparisons to the strategies and sentiments that helped Donald Trump win the U.S. presidency.

“It is no longer time to reform France but to save it. That’s why I decided to run for president,” he said, sitting in a dimly-lit library and reading from his notes, in a scene that appeared staged to visually resemble Gen. Charles de Gaulle’s appeal to the French on June 18, 1940, to resist the Nazi occupation.

During his speech, Zemmour barely referred at all to President Emmanuel Macron, who leads the race with about a quarter of the vote in recent polling.

Throughout the summer, established far-right candidate Marine Le Pen had polled first or second. But in recent weeks, Zemmour has at times come close to matching her numbers, which are now in the midteens. If Zemmour builds on his position, that could give him a shot at reaching the second round of the elections and facing off against Macron.

But if he hovers around his current levels, he could fracture support for both the mainstream center-right Republicans party and for Le Pen, potentially elevating Macron or other candidates.

“Division is not a service to the country,” Le Pen said on French radio Tuesday, criticizing Zemmour’s candidacy. His announcement also overshadowed Tuesday night’s last public debate between the presidential contenders of the Republicans party, which will select its candidate this weekend.

Over the last few days, Le Pen has widened her lead over Zemmour again, suggesting that he could still turn out to have been a short-lived far-right sensation.

Zemmour’s momentum may already be fading. During recent trips to Britain and Switzerland, which appeared meant to portray him as a respected representative of France, Zemmour faced cancellations and muted welcomes.

In France, he still needs to convince a sufficient number of elected officials to support his candidacy, and he has faced obstacles in establishing a network of allies and advisers. He showed rare regret on Sunday after he gave an opponent the middle finger.

But some still see Zemmour as Macron’s most serious — and divisive — opponent.

The resonance of his far-right messaging and his efforts to present himself as an intellectual were on display in recent weeks, as he toured the country to promote his latest book, “France Hasn’t Said Its Last Word,” and to pave the way for his candidacy.

Many of his events drew large crowds of enthusiastic supporters, while protesters at times violently mobilized outside the venues. More protests are expected Sunday, when Zemmour will hold his first event as a declared candidate in Paris.

Until recently, Le Pen and her National Rally party had been considered to be the only significant far-right movement in France that may have a shot at reaching the second round of a presidential election. Le Pen made it there in 2017, only to lose to Macron by a margin of more than 30 percent.

Le Pen’s loss in 2017 was partially attributed to her party’s history of Holocaust revisionism, which has made it unpalatable for a segment of French voters.

But in part because Zemmour is himself Jewish — his parents moved from Algeria to the Parisian suburbs before the colony’s war of independence — he has succeeded in making once-fringe opinions more acceptable.

In his video on Tuesday, Zemmour referenced the “great replacement” conspiracy theory, which maintains that white and Christian populations in Europe are actively being replaced by Muslim immigrants.

Governments on the right and left, Zemmour said, “have hidden from you the reality of our replacement.”

While his prospects as a presidential candidate are uncertain, Zemmour’s so-far most significant — and perhaps longest-lasting — impact may be a normalization of views that used to be seen as beyond the realm of decency. Even though he was convicted of provoking racial hatred, major French newspapers and broadcasters gave Zemmour a public platform as a commentator in recent years.

Two weeks ago, Zemmour against went on trial, this time for describing unaccompanied child migrants as “thieves,” “killers” and “rapists.” A verdict is expected in the coming months