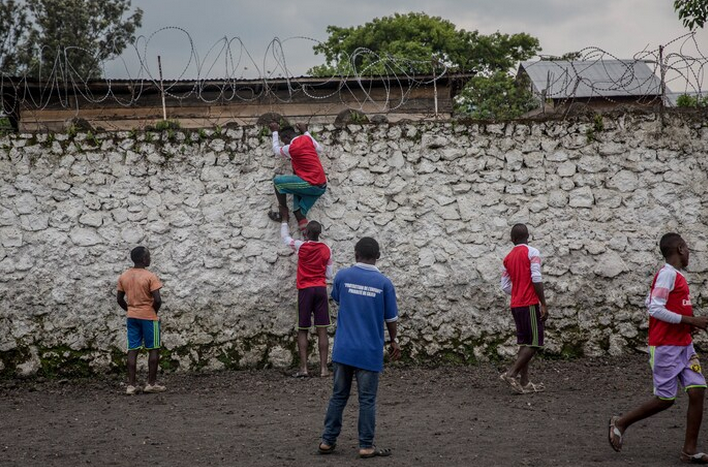 The number of children recruited into conflict in West and Central Africa is now the highest in the world, the United Nations’s children’s agency said Tuesday, a result of the region’s multiple crises and the growing hardships of the coronavirus pandemic.

Over the past five years, about 21,000 children have been recruited by armed forces and nonstate armed groups in the region, from Burkina Faso to the Democratic Republic of Congo to the Central Africa Republic, UNICEF said in a new report.

In 2020 alone, as covid-19 ravaged the globe, more than 4,500 children were recruited to fight, clean, cook or spy for armies and militias.

As major humanitarian crises continue to unfold, more than 57 million children are now in need of assistance in West and Central Africa, the report said, “a figure that has almost doubled since 2020 due to a surge in armed conflict and the COVID-19 pandemic.”

“Children are trapped behind conflict lines, facing violence and insecurity. The region is volatile with an increasing number of both new and protracted armed conflict,” the report said.

It cited ongoing emergencies and hostilities in Burkina Faso, Cameroon, the Central Africa Republic, the Democratic Republic of Congo and the Sahel and Lake Chad Basin regions as having “devastating humanitarian consequences on children and communities.”

Since 2016, the region has also recorded the highest number of child victims of sexual violence and the second highest in terms of child abduction.

In 2005, the United Nations established a mechanism for monitoring and reporting on violations against children during armed conflict. Since then, the report said, almost one out of every two children verified as recruited and used by armed forces and nonstate armed groups globally was in the West and Central Africa region.

“Whether children in West and Central Africa are the direct targets or collateral victims, they are caught up in conflict and face violence and insecurity. The grave violations of their rights perpetrated by parties to the conflicts are unacceptable,” Marie-Pierre Poirier, UNICEF regional director for West and Central Africa, said in a statement Tuesday.