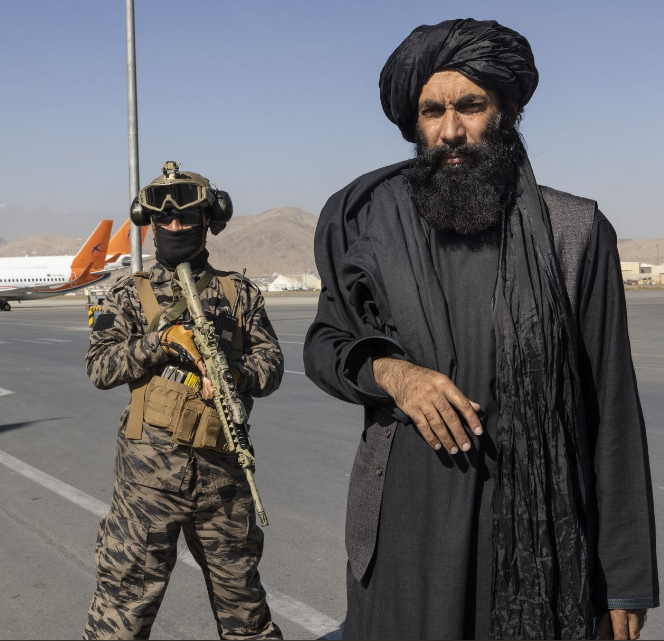 Taliban Covert Operatives Seized Kabul, Other Afghan Cities From Within

Then, as U.S. forces were completing their withdrawal in August, these operatives stepped out of the shadows in Kabul and other big cities across Afghanistan, surprising their neighbors and colleagues. Pulling their weapons from hiding, they helped the Taliban rapidly seize control from the inside.

The pivotal role played by these clandestine cells is becoming apparent only now, three months after the U.S. pullout. At the time, Afghan cities fell one after another like dominoes with little resistance from the American-backed government’s troops. Kabul collapsed in a matter of hours, with hardly a shot fired.

“We had agents in every organization and department,” boasted Mawlawi Mohammad Salim Saad, a senior Taliban leader who directed suicide-bombing operations and assassinations inside the Afghan capital before its fall. “The units we had already present in Kabul took control of the strategic locations.”

Mr. Saad’s men belong to the so-called Badri force of the Haqqani network, a part of the Taliban that is designated as a terrorist organization by the U.S. because of its links to al Qaeda. Sitting before a bank of closed-circuit TV monitors in the Kabul airport security command center, which he now oversees, he said, “We had people even in the office that I am occupying today.”

The 20-year war in Afghanistan was often seen as a fight between bands of Taliban insurgents—bearded men operating from mountain hide-outs—and Afghan and U.S. forces struggling to control rural terrain. The endgame, however, was won by a large underground network of urban operatives.

On Aug. 15, after Afghan President Ashraf Ghani fled Kabul, it was these men who seized the capital city while the Taliban’s more conventional forces remained outside.

Mohammad Rahim Omari, a midlevel commander in the Badri force, was working undercover at his family’s gasoline-trading business in Kabul before he was called into action that day. He said he and 12 others were dispatched to an Afghan intelligence service compound in the east of the city, where they disarmed the officers on duty and stopped them from destroying computers and files.

Other cells fanned out to seize other government and military installations and reached Kabul airport, where the U.S. was mounting a massive evacuation effort. They took control of the airport’s perimeter until better-armed Taliban troops arrived from the countryside in the morning. One agent, Mullah Rahim, was even dispatched to secure the Afghan Institute of Archaeology and its treasures from potential looters.

Mr. Omari said the Badri force had compartmentalized cells working on different tasks—armed fighters, fundraisers and those involved with propaganda and recruitment.

“Now these three types of mujahedeen have reunited,” he said. Mr. Omari himself is now deputy police chief in Kabul’s 12th District.

Their success has helped boost the influence of the Haqqanis within the overall Taliban movement. Badri was founded by Badruddin Haqqani, who was killed in a U.S. drone strike in Pakistan in 2012. It now is under the ultimate command of his brother, Sirajuddin Haqqani,  who is in charge of Afghanistan’s internal security as its new interior minister.

Named after the Battle of Badr that was won by Prophet Muhammad in 624, the Badri force includes several subgroups. The best known is its special-operations unit, Badri 313, whose fighters in high-end helmets and body armor were deployed next to U.S. Marines at the Kabul airport in the two weeks between the fall of Kabul and the completion of the American airlift.

Kamran, who didn’t want his surname to be used, was tasked with taking over his alma mater, Kabul University, and the Ministry of Higher Education.

A 30-year-old from Wardak province west of Kabul, he said he became a Taliban recruiter when he was pursuing a master’s degree in Arabic at the university in 2017. He estimates that, over the years, he persuaded some 500 people, mostly students, to join the insurgency. To maintain his cover, he shaved his chin, wore sunglasses and dressed in suits or jeans.

“Many of our friends who had beards were targeted,” he recalled. “I was above suspicion. While many of our low-ranking friends were arrested, I wasn’t. Even though I was their leader.”

Many of his acquaintances—former classmates, teachers and guards—first realized he was a member of the Taliban when he showed up with a gun on Aug. 15, he said. “Many employees of the ministry and the entire staff of the university knew me. They were surprised to see me,” said Kamran, whose new job is head of security for Kabul’s several universities.

Kamran has since adopted the Taliban’s trademark look: a black turban, a white shalwar kameez and a long beard. As for his suits and jeans, they are gathering dust in his closet. “Those aren’t our traditional outfits,” he said. “I don’t think I will have to wear them again.”

“I was ready to take the AK-47 and go because no Afghan can tolerate the invasion of their country,” he recalled. “But then our elders told us no, don’t come here, stay over there, work in the universities because these are also our people and the media and the world are deceiving them about us.”

The Taliban sent Mr. Haqmal to India to earn a master’s degree in human rights from Aligarh Muslim University, he said. When he returned to Kandahar, he was focused on recruitment and propaganda for the Taliban. After the fall of Kabul, he became the chief spokesman for the Taliban-run finance ministry.

Fereshta Abbasi, an Afghan lawyer, said she had long been suspicious about a man who worked alongside her at a fortified compound, Camp Baron near the Kabul airport, that hosted offices for development projects funded by the U.S. and other Western countries.

But it wasn’t until the day after the fall of Kabul—when the man appeared on television clutching a Kalashnikov rifle—that she discovered he was in fact a Taliban commander. “I was shocked,” said Ms. Abbasi, who is now based in London.

The commander, Assad Massoud Kohistani, said in an interview with CNN that women should cover their faces.

A person familiar with Mr. Kohistani’s employment history said he worked for a USAID-funded irrigation project and was previously employed by a United Nations agency as a finance officer. The U.S. Agency for International Development, asked about Mr. Kohistani, said it subjects its Afghan programs to counterterrorism partner vetting.

Run by Westerners, Camp Baron included a hotel with a restaurant that openly served beer and other alcoholic drinks. Ms. Abbasi, like many female colleagues working at Camp Baron, wore a loose head scarf in the office, and sometimes none at all. “I can’t imagine how angry he must have been with us,” she said.

Mr. Saad, the Badri commander, said he was shocked by his initial encounters with Kabul residents like Ms. Abbasi as he arrived to take charge at the Kabul airport at 7 a.m. on Aug. 16. Many of them screamed “You are death” at the Taliban, he recalled.

“It was painful to see Afghan women flee abroad, leaving their bags behind,” he said. “The generation of the past 20 years hadn’t seen us at all and were afraid of us.”