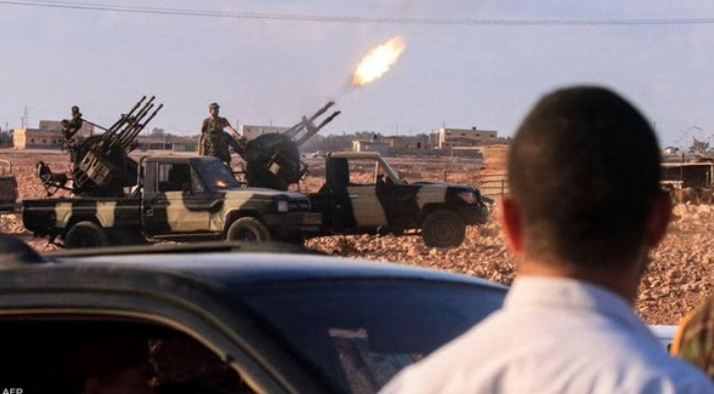 Libya preparing for polls, despite clashes

Despite the outbreak of clashes between militias in the Libyan West this week, Libyan institutions, led by the Presidential Council, announced their intention to move ahead with holding presidential and parliamentary elections in December according to schedule.

The announcement coincided with the Libyan national reconciliation which kicked off a while ago.

Libyan Prime Minister, Abdul Hamid Dbeibeh, said the battle in his country is purely of a political nature.

“We will not accept for our country to be divided again,” he added.

Armed clashes erupted between militias loyal to the executive authority in western Libya, apparently in an attempt to control the Zawia oil refinery.

The vicinity of the refinery was the scene of violent battles on October 26.

The clashes erupted between the militia of Hassan Abu Zariba, the deputy head of the Stability Support Agency which is affiliated with the Presidential Council, and the Mohammed Bahrun militia, nicknamed ‘The Mouse’.

This militia is affiliated with the Interior Ministry in Dbeibeh’s government.

According to local media, gunshots were fired randomly and massively inside residential neighborhoods. Gunshots were also heard inside one of the cemeteries of the city of al-Zawiya which is located 45 kilometers west of the capital, Tripoli.

Mobilization continued, meanwhile, on both sides in several areas.

The killing of the commander of the force deployed west of Tripoli has caused a political embarrassment to transitional authorities.

The same incident raised further doubts about the extent of security control in the area ahead of the presidential and legislative elections which are slated for December 24.

Mayor of al-Zawiya municipality, Jamal Bahr, told local media that calm and stability had returned to the city.

He did not, however, reveal the cause of the clashes and the number of casualties among those fighting.