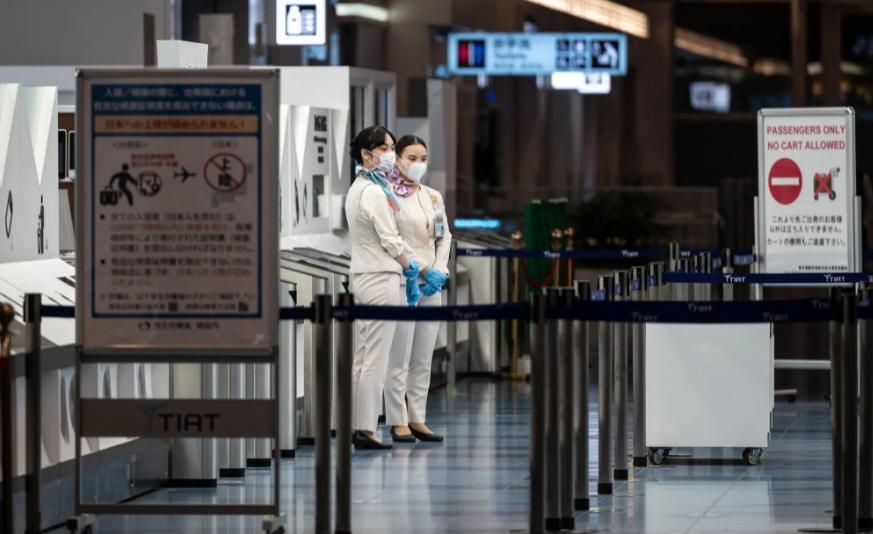 Japan bans all foreign travelers, and Australia delays its reopening.

Japan on Monday joined Israel and Morocco in barring all foreign travelers, and Australia delayed reopening its borders for two weeks, as more countries sealed themselves off in response to the new Omicron variant of the coronavirus.

The Japanese prime minister, Fumio Kishida, said that Japan would reverse a move earlier this month to reopen its borders to short-term business travelers and international students. Japan, the world’s third-largest economy, has been closed to tourists since early in the pandemic, a policy it has maintained even as other wealthy nations reopened to vaccinated visitors.

Some countries proceeded with their plans to reopen on Monday, like Singapore and Malaysia, which opened their land border. South Korea, on the other hand, announced that it was delaying any loosening of social distancing restrictions.

Australia said on Monday that it would delay by two weeks its plan to reopen its borders to international students, skilled migrants and travelers from Japan and South Korea. The country said it would use the delay, to Dec. 15, to study whether the Omicron variant is more dangerous than the Delta variant, which raced across the world earlier this year.

Israel reopened to vaccinated tourists only four weeks ago.

Hours after Israel announced its blanket ban over the weekend, Morocco said on Sunday that it would deny entry to all travelers, even Moroccan citizens, for two weeks beginning Monday. The country is banning all incoming and outgoing flights over the two-week period.

The moves by Japan, Israel and Morocco stood in contrast to those in places like the United States, Britain, Canada and the European Union, which have all announced bans on travelers only from southern Africa.

Meanwhile, Indonesia on Monday joined a small but growing list of countries to bar travel with Hong Kong as well as the southern African region. Hong Kong detected two cases of Omicron on Thursday, prompting India, Pakistan and other nations to impose a travel ban.

The travel bans have triggered resentment among Africans who believed that the continent was yet again bearing the brunt of panicked policies from Western countries, which had failed to deliver vaccines and the resources needed to administer them.

In Japan, all foreign travelers except those who are residents of the country will be barred from entering starting at midnight on Monday.

In Israel, all foreign nationals will be banned from entering for at least 14 days, except for urgent humanitarian cases to be approved by a special exceptions committee. Returning vaccinated Israelis will be tested upon landing and must self-quarantine for three days, pending results of another P.C.R. test. Unvaccinated Israelis will have to self-quarantine for seven days.

Israelis returning from countries classified as “red,” with high risk of infection, including most African countries, must enter a quarantine hotel until they receive a negative result from the airport test, then transfer to home quarantine (until they get a 7-day P.C.R. test result).

Ran Balicer, the chairman of an expert panel that advises the Israeli government on Covid-19 response, said the decision was temporary and was taken out of prudence.

Japan has yet to report any cases of the new variant, though it is studying a case involving a traveler from Namibia. Israel has identified at least one confirmed case of Omicron so far — a woman who arrived from Malawi — and testing has provided indications of several more likely cases in the country.