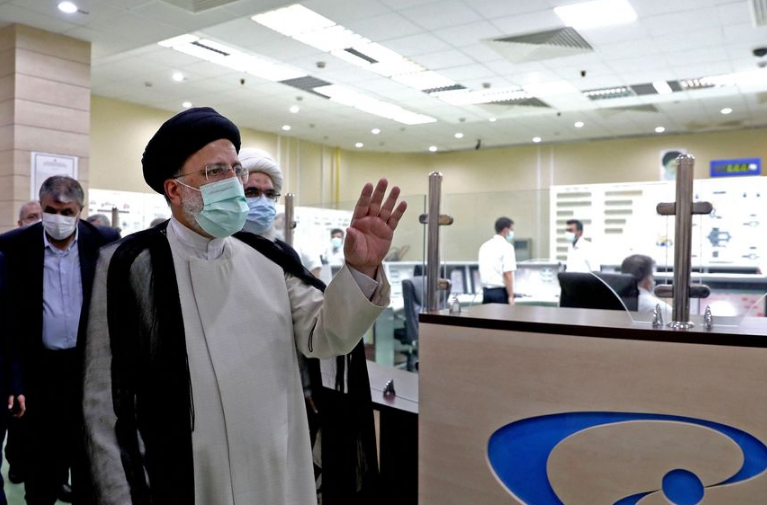 As negotiators gather in Vienna for talks aimed at reviving an international nuclear agreement with Iran, one big question looms: Has Tehran advanced its nuclear work so much in the past two years that the 2015 deal can no longer be rescued?

Restoring the pact, which placed limits on Iran’s nuclear activities in exchange for relief from economic sanctions, is a top foreign-policy goal of the Biden administration. Iran’s new president, however, has delayed restarting talks while pressing ahead with nuclear work.

President Donald Trump pulled the U.S. out of the deal in 2018 and imposed sweeping sanctions on Iran. Tehran responded by gradually resuming its efforts to produce highly enriched uranium and uranium metal, both of which are critical components for atomic weapons.

In recent months, Iran has taken steps it had never taken before, including producing 60% enriched uranium, a small step from weapons-grade nuclear fuel. Iran says its nuclear work is for atomic energy and other peaceful purposes.

European officials warned last week that Iran’s research work on centrifuges, which are used to enrich uranium, also meant that Iran’s growing know-how was “irreversibly reducing” the ability to constrain its nuclear program while even Russia’s top negotiator warned there was “an obvious need to speed up” the talks.

U.S. Secretary of State Antony Blinken said last month that “We are getting closer to a point at which returning to compliance with the JCPOA will not in and of itself recapture the benefits of the JCPOA,” because of Iranian advances.

The 2015 agreement was called the Joint Comprehensive Plan of Action, or JCPOA.

If negotiations—set to start Monday involving the U.S., Britain, Germany, France, Russia, China and Iran—stall again, it would leave President Biden and his European allies scrambling for a way to avoid the nuclear standoff spilling into conflict and looking for help from Russia and China, which have retained friendlier relations with Iran but are wary of a new nuclear power in the Middle East. Mr. Biden has said the U.S. will never allow Iran to develop nuclear weapons.

Another wild card is Israel, which has warned it could act militarily to stop Iran’s nuclear program.

The troubled nuclear talks add to a growing list of foreign-policy problems for Mr. Biden as he approaches the end of his first year in office. Tensions with China remain high and Washington has been voicing growing concerns about a possible Russian invasion of Ukraine amid rifts with some European capitals over the exit from Afghanistan and the new security pact with Australia and Britain.

The 2015 agreement placed tight but temporary restrictions on Iran’s nuclear work, including slashing Tehran’s nuclear fuel stockpile and two-thirds of its centrifuges, with the goal of keeping Iran a year away from producing enough nuclear fuel for one weapon.

The Biden administration had hoped a swift restoration of the nuclear deal could avoid a crisis in the Middle East and lay the platform for talks with Tehran on a longer agreement that could tackle issues like Iran’s ballistic missile program. The prospect of such a more wide-ranging agreement now looks far off.

Iranian President Ebrahim Raisi, who took office last summer, is a skeptic of the deal and the West. Mr. Raisi started a lengthy review of the talks and his government has stressed its priority is building ties with China, Russia and regional powers, not the nuclear pact.

A 40-strong Iranian delegation arrived in Vienna over the weekend for the talks, with Iran’s Foreign Minister Hossein Amir-Abdollahian saying in a video posted Saturday that “we are serious about negotiating to reach an agreement.” However, Mr. Raisi’s officials have given few details about what Iran is willing to do in return for sanctions relief.

Speaking in Bahrain this month, U.S. special Iran envoy Robert Malley warned that if Iran chose not to engage seriously in talks, the country would find itself back where it was before the negotiations on the 2015 deal. During that period, Russia and China agreed to bring pressure on Iran over its nuclear program, along with the West.

“We know through the years of the former President [Mahmoud] Ahmadinejad when Iran was diplomatically isolated, when it was subject to more economic pressure and where, of course, there was greater concern about Iran’s nuclear program. That’s the world that we would be coming back into,” Mr. Malley said.

Estimates vary on how long it could take Tehran to produce a weapon, with some experts saying Iran could build a rudimentary device in a year while others say it would take two to three years.

Monday’s talks mark the latest chapter in the Biden administration’s attempts to revive the deal. Those efforts date to April, when world powers engaged with the previous Iranian government.

There were differences over how broad the lifting of U.S. sanctions would be, what would happen to Iran’s advanced centrifuges and Iranian demands that the U.S. wouldn’t leave the pact again. But after six rounds of talks, U.S., European and Iranian diplomats said they had made significant progress and that an agreement was possible.

Those talks stalled days after Mr. Raisi won the presidential election in June.

Western officials say they are unlikely to pull the plug on negotiations even if progress over the next week is minimal. But in the absence of a breakthrough, U.S. and European officials are grappling with a complex set of choices.

They will need to keep diplomacy alive while also finding a way to raise pressure on Iran.

Among the options: an effort to strike a partial deal in which the U.S. would provide some sanctions relief in exchange for partial restrictions on Iran’s nuclear program akin to the 2013 interim deal with Iran. Israeli officials have warned against a partial deal, calling it a gift for Tehran.

“I don’t think the Biden team has yet coalesced around a particular game plan for the post-JCPOA period,” said Robert Einhorn, a former special adviser for nonproliferation at the U.S. State Department. Any effort to enlist Russia and China to pressure Iran, he said, “is going to take time.”