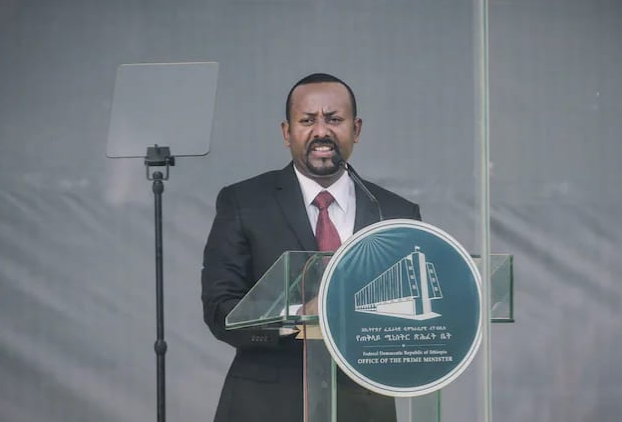 Ethiopian Prime Minister and Nobel Peace Prize laureate Abiy Ahmed pledged Monday to lead government soldiers from the front line in a fierce war with advancing rebels, raising the stakes in a year-long conflict that some experts already fear could tear the country apart.

“Starting tomorrow, I will mobilize to the front to lead the defense forces,” Abiy said in a statement posted Monday on Twitter.

The 45-year-old prime minister, a former soldier, won the Nobel Peace Prize in 2019 for ending hostilities with neighboring Eritrea. Since then, however, he has launched a devastating war in the Tigray region in the north, a conflict that has killed tens of thousands and prompted aid agencies to warn of impending famine.

Now, a coalition of rebels led by the Tigray People’s Liberation Front — which dominated Ethiopia’s government for three decades before Abiy took power — is marching on the capital, Addis Ababa, and Abiy is billing the fight as an “existential war.”

“This is a time when leading a country with martyrdom is needed,” Abiy said in his statement after chairing an executive meeting of the ruling Prosperity Party.

“Those who want to be among the Ethiopian children who will be hailed by history, rise up for your country today. Let’s meet at the front,” he said.

Defense Minister Abraham Belay also told state media Monday that “all security forces will start taking special measures and tactics as of tomorrow.” But he declined to elaborate, the Associated Press reported.

It was unclear where Abiy was headed in order to lead the troops. Earlier this month, rebels reached an area within 200 miles of Addis Ababa. The government declared a state of emergency and expelled seven United Nations officials from the country, accusing them of “meddling” in Ethiopia’s affairs.

The TPLF has said that it is seeking an end to the government blockade on the Tigray region but also wants Abiy to leave power.