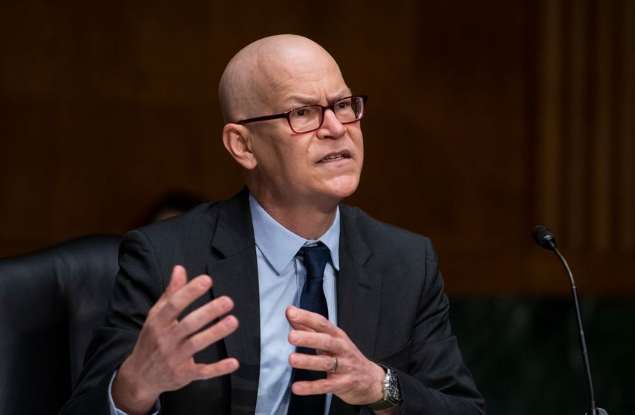 The Islamic State in Afghanistan could be able to launch attacks on the West and its allies within as soon as six months, and al Qaeda could do so within two years, a top Pentagon official told lawmakers on Tuesday.

The testimony by Colin Kahl, undersecretary of defense for policy, before the Senate Armed Services Committee, diverged from an earlier Biden administration view that al Qaeda had been “degraded” in Afghanistan.

Mr. Kahl said the U.S. is fairly certain that both terror groups “have the intention to” launch such attacks.

“We could see ISIS-K generate that capability in somewhere between six or 12 months, according to current assessments” by the intelligence community, Mr. Kahl said, using an acronym referring to Islamic State’s branch in Afghanistan. “And for al Qaeda, it would take a year or two to reconstitute that capability. We have to remain vigilant against that possibility.”

Mr. Kahl’s testimony offered a more detailed assessment of militant capabilities than was provided by Army Gen. Mark Milley, the chairman of the Joint Chiefs of Staff, who told the same committee on Sept. 28 that terror groups generally could pose a threat between six and 36 months.

Mr. Kahl made his comments while testifying alongside Army Lt. Gen. James Mingus, director of operations of the Joint Staff, at a Senate hearing about Afghanistan. The officials faced sometimes rigorous questioning from senators over the nature of the militant threat and the Biden administration’s withdrawal from Afghanistan.

According to United Nations estimates, there are roughly 2,000 Islamic State fighters operating in Afghanistan and an estimated 70,000 Taliban forces.

Mr. Kahl said the U.S. couldn’t assess whether the Taliban, which reclaimed control of the country on Aug. 15, could counter the threat from Islamic State.

“It is our assessment that the Taliban and ISIS-K are mortal enemies. So the Taliban is highly motivated to go after ISIS-K. Their ability to do so, I think, is to be determined,” Mr. Kahl said.

Throughout the war in Afghanistan and during its final weeks, U.S. officials cited intelligence estimates to project how long the U.S.-backed government in Kabul might be able to thwart the Taliban push to take control of the country, shortening those estimates as the Taliban claimed expanding control of districts and later provincial capitals.

In the final two weeks of the U.S. military presence, the Taliban swiftly took control of Kabul, leading to a chaotic, sometimes-violent evacuation as the U.S.-backed coalition and Afghan allies caught U.S. military flights out of Hamid Karzai International Airport.

Some critics said such time lines may say more about the effects of the U.S. efforts in Afghanistan than about the state of the terror groups operating there.

“If the U.S. limited ISIS and AQ’s ability to reconstitute itself, why are they able to come back so quickly?” asked Thomas Joscelyn, a senior fellow at the Foundation for the Defense of Democracies who has tracked the Taliban and other militant groups in Afghanistan. “Such estimates are really just guesswork. Both al Qaeda and ISIS maintain cohesive global networks, and it’s really just a question of when they will attempt a big attack on the West.”