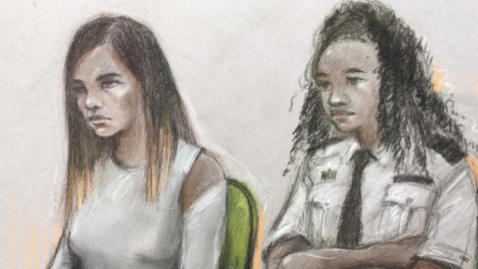 Terrorists who plot to kill at least two people or travel to war zones will face a minimum of 14 years in jail under tougher sentencing guidelines published today.

Dominic Raab, the justice secretary and deputy prime minister, said that the new powers would send a message to “those who kill and maim in the name of warped and fanatical ideologies”. The advice for judges is an attempt to close what some critics see as loopholes that have allowed those planning terrorist attacks to receive relatively short sentences.

The Counter-Terrorism and Sentencing Act 2021 introduced tougher sentences for “serious terrorism offences” and the Sentencing Council has confirmed it will advise judges that the starting point should be a minimum of 14 years in prison.

The legislation, which took effect in April, could lead to harsher sentences for Britons who travel to future war zones, in the same way as for those who joined Islamic State. The guidelines, which will apply in England and Wales, will also stipulate tighter monitoring of offenders once they are released from jail. They will tell judges to impose stricter licence terms of between seven and 25 years. Offenders can be returned to prison if it is deemed that they have breached the terms of their licence during that period.

The guidelines will also instruct judges that in cases where they hand down a life sentence for the preparation of a terrorist act, the offender must serve a minimum of 14 years.

The move comes as police continue to question Ali Harbi Ali, 25, over the murder of Sir David Amess. He has been detained under the Terrorism Act.

Concerns have been raised that offenders in a number of cases were receiving relatively short sentences despite plots involving multiple deaths.

In 2019 Safaa Boular, a British Isis supporter who planned an attack with grenades and guns on the British Museum in London, had her life sentence minimum term reduced from 13 years to 11. The Court of Appeal acknowledged that she was a teenager and had been groomed.

The same year Haider Ahmed, a Surrey teenager who plotted an Isis knife attack similar to those at London Bridge and Westminster, was jailed for six years. Four years ago Samata Ullah, an Isis hacker who was tracked down via a contact allegedly plotting an anthrax attack, was jailed for eight years.

The Sentencing Council emphasised yesterday that for offenders to receive tougher sentences judges must be satisfied “that there is a significant risk to members of the public of serious harm”. The offenders must also plan to commit an act that “was very likely to result in or contribute to — whether directly or indirectly — the deaths of at least two people”. The new law also ends early release for those convicted of serious terrorist offences.

The reform was drawn up after the Fishmongers’ Hall attack in 2019 by Usman Khan, who had been released from prison on licence while serving a sentence for involvement in a plan to set up a terrorism training camp.