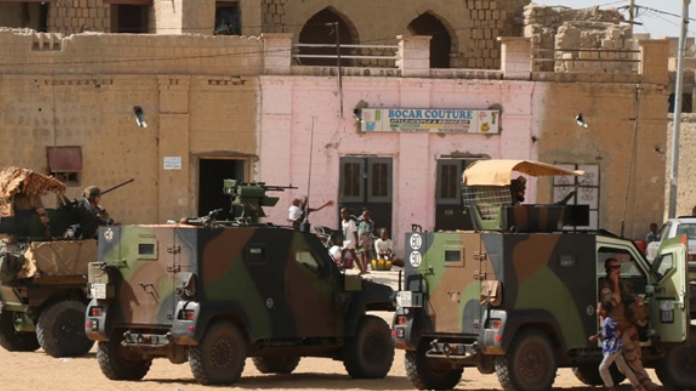 Mali trying to reach out to al-Qaeda, opening door for fear from legalizing terror

The Malian government has renewed its efforts to communicate with the terrorist al-Qaeda organization with the aim of organizing relations with it and improving security.

The move is drawing mixed reactions in Mali and raising speculation about whether the two sides can reach understandings.

The government’s initiative also raised several questions about the future of French co-operation with Mali, especially after Paris expressed reservations about the talks.

France is especially concerned that attempts by the Malian government to reach out to al-Qaeda can produce a power-sharing understanding between the two sides.

France is also afraid that a possible deal between the two parties would empower other branches of al-Qaeda in other African countries.

On October 19, Malian media reported that the country’s minister of religious affairs called on Mali’s Supreme Islamic Council to open channels of communication with al-Qaeda leaders as a prelude to negotiations with the government.

The Supreme Islamic Council also confirmed the government’s desire to meet the leader of the terrorist group, Nusrat al-Islam and Muslims, which is linked to al-Qaeda.

The move can be a real beginning of financial negotiations with al-Qaeda.

Mali is experiencing harsh political conditions against the background of a rise in terrorist activities, most notably from al-Qaeda.

The West African country also has an unstable administration, especially after the overthrow of President Ibrahim Abu Keita in August last year and the overthrow of Bah Ndao in May this year.

These successive regime changes have resulted in instability and confusion when it comes to the country’s ability to deal with internal problems and international issues.

Meanwhile, negotiations with al-Qaeda raise questions about similarities between this Malian scenario and the negotiations that took place in Qatar between the United States and al-Qaeda, ones that opened the door for al-Qaeda’s takeover of the whole of Afghanistan later.

The talks between the US and the Taliban ended in a formal agreement in February 2020.

The agreement regulated relations between the two parties, following the withdrawal of American and NATO troops from Afghanistan.