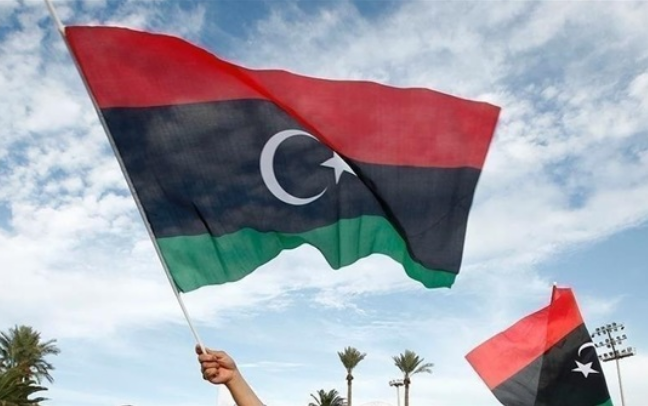 Libya bids farewell to years of chaos: Elections on time despite emergence of ISIS

Libya is preparing to bid farewell to the years of chaos after the High National Election Commission (HNEC) announced its intention to hold the presidential and parliamentary elections, respectively, with the participation of about 3 million citizens, and to open the door for candidacy during the first half of November, while warnings are rising in the country against the return of ISIS on a large scale.

The HNEC announced that it will open the door for candidacy for the presidential and parliamentary elections when the logistical preparations are completed, explaining during a press conference in Tripoli on Sunday, October 24, that what is planned at the present time is to open the nomination door during the first half of November.

HNEC Chairman Imad al-Sayeh confirmed that there will be three branches in the cities of Tripoli, Benghazi and Sabha to receive applications for candidacy for the presidential elections, noting that the commission will publish the lists of registered voters by regions to allow any possible challenge to them. He also stressed that the commission will not tolerate any attempt to undermine its reputation and to hold free and fair elections.

Sayeh confirmed that the presidential elections will be held first on December 24, and then the parliamentary elections will be held 30 days later on January 23, 2022. He noted that the HNEC will announce the results of the presidential and legislative elections simultaneously, pointing out that if any party wishes to file a complaint against those elections, it must resort to the judiciary, which will be the arbiter in these matters.

On Saturday, October 23, the Libyan parliament referred the presidential and parliamentary elections laws to the HNEC for official adoption as a constitutional text, on the basis of which the upcoming elections will be held after two months.

Observers of Libyan affairs confirmed that there are conditions for holding the Libyan elections on time, most notably the exit of mercenaries and armed groups from Libya, gathering weapons, and activating the role of the United Nations in the follow-up, monitoring and supervision of the electoral process, which is one of the most important conditions that must be met to ensure that elections are held on time. They stressed that the Support Stability in Libya conference, which was held Thursday, October 21 in Tripoli under the auspices of the United Nations and with the participation of 30 countries from around the world, aimed to give impetus to the transitional path in the country two months before the crucial presidential elections.

On the other hand, Libya’s Counter Terrorism Force (CTF) arrested a number of ISIS members in the city of Msallata, east of the capital, Tripoli.

In televised statements, CTF commander Muhammed al-Zein said that the CTF arrested two ISIS members and is continuing its efforts to arrest the rest of the group’s members who fled.

Zein explained that one of the arrested terrorist elements was a terrorist leader who was in Syria, adding that they were intending to carry out terrorist operations.

According to the Libyan News Agency, the arrested elements are from the same city and they fought under the command of Salah Badi and other leaders of the armed groups since Operation Libya Dawn and all the way to confronting the Libyan National Army (LNA) in the last war to liberate the capital.

Warnings of the terrorist organization’s return are widely raised, as Ali al-Tekbali, a member of the Libyan parliament’s National Security Committee, said that ISIS elements are present in Sabratha and Zawiya, and they roam day and night in their armored cars, which have raised black flags, while they are carrying Kalashnikovs, pistols, and even long-range machine guns. He stressed that the militias protect them and provide them with their needs, adding that they are professional in kidnapping, robbery and smuggling.