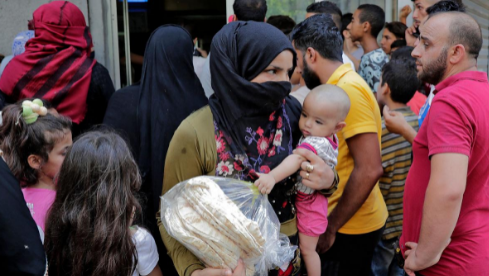 With a regular job as a chef at a roadside diner, and no wife and children to care for, Bashar Jomaa Ahmed should not be desperate enough to sell his kidney.

Yet he has made the rounds of seven doctors near his home to the north of Beirut, asking if they will help him find a recipient willing to pay.

He has done the tests. Dressed in a blue T-shirt and black jeans and looking like a regular 24-year-old anywhere in the world, he held up the strange proof of his eligibility: a medical record sheet saying that his organs were healthy. He has already posted it on a Facebook page where, under pseudonyms but with real phone numbers, people like him can advertise what they have to offer.

“I have four siblings, and ageing parents stuck in Turkey,” he told The Times at a café near the restaurant where he works. “I am stuck here. I saw on TV that many Syrians had been selling their kidneys to help their families, and I have no other ideas.”

Ahmed arrived in Lebanon from Afrin in northern Syria in 2011, at the start of the Syrian civil war. His family fled to Turkey in 2014 after their house was bombed and his father was abducted and tortured by unknown armed men.

His father is now too traumatised to work, and his mother suffers from a chronic heart condition. They rely on him to provide for them, which he did until Lebanon’s economic crisis struck two years ago.

There had been spare cash to enjoy weekends too, and to think about his future and marriage. However, as the currency devalued by 90 per cent, his salary fell to a fraction of what it had been even as his working hours increased.

Lebanon has more than a million Syrian refugees and they have been on the bottom rung of the social ladder for nearly a decade, but as the economy collapses far more are being pushed into extreme poverty, fuelling an illegal trade in human organs. So long as they are not cheated by traffickers, donors can expect between $6,000 and $10,000 for a kidney.

Sixteen-year-old Bassam’s home is through a maze of dingy narrow lanes under a canopy of entangled electrical wires at the Sabra-Shatila refugee camp. The walls are plastered with posters of armed men that Bassam said were either militiamen or local drug dealers, or both.

His mother, Naima Muhammad al-Ali, and her six other children sit in a row on a thin mattress in the stifling sitting room where they all sleep at night. A small fan whirs in the corner and a television that barely works covers a disintegrating part of the wall.

She said her husband had abandoned the family and that the camp was too unsafe for her daughters to be left alone, which put pressure on her two teenage sons to earn for the family. She feared that they would join a drug gang and get arrested, or be killed.

At a doctor’s clinic she heard other women discuss selling their kidneys to provide for their families, and now she, too, is looking for a buyer. “I have no other option,” she told the Times. Before the crisis help from neighbours and aid from charities was enough to support her, but no longer.

“Everyone is struggling so the charity dried up,” she said. “Since the currency plummeted the aid we receive amounts to nothing.”

Farida Ounan, the co-ordinator at Lebanon’s National Organisation for Organ and Tissue Donation and Transplant, said that although Syrian refugees had long inquired about selling kidneys, most calls now came from impoverished Lebanese.

Her response was always the same, she said: selling organs is illegal, even though she sympathises with their plight.

“We all know the economic and financial situation in Lebanon and the deterioration of the currency value and its consequences on the middle class,” she said. “The situation is the same for the refugees.”

Naima Muhammad al-Ali said she realised that even if she did give up her kidney illegally she could easily be cheated and end up with nothing. Ahmed said he was prepared to go through with an illegal donation or, even better, be smuggled out of the country to have it done, ideally somewhere he could make a fresh start.