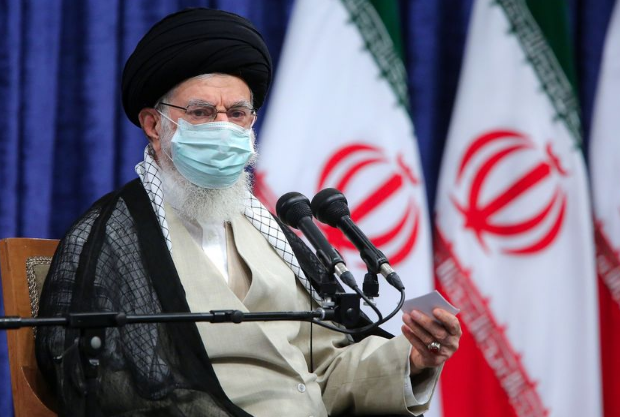 Iran Won’t Stop Until It Has a Nuclear Weapon

It is a common hope within Washington’s foreign-policy establishment that no matter how close Iran gets to the atomic threshold, it won’t detonate a bomb. The intelligence community claims Tehran isn’t currently taking steps to build a nuclear weapon. Many want to believe that Supreme Leader Ali Khamenei’s fatwa against the production and use of nuclear weapons will keep Iran a threshold state. These hopes are delusional.

The Islamic Republic of Iran is led by an ardent ideological regime that frequently relies on conspiracies to explain its predicament. Leaders of the regime speak incessantly about the cabal of Zionists and Jews who control America and plot against the Islamic revolution. Mr. Khamenei and his henchmen haven’t spent billions and endured a tidal wave of sanctions and social unrest only to get close to a nuclear weapon. They will build the bomb as soon as they can and justify it afterward.

The Iranian theocracy has gradually transformed itself. Mr. Khamenei has purged the pragmatists from Iranian leadership. The reformers who rallied around Mohammad Khatami (president from 1997 through 2005) and believed the theocracy could be softened, even superannuated, through the ballot box have been banned from the corridors of power. Even conservatives who contemplated diplomatic engagement with the West to enhance the regime’s status and economic power, like former President Hassan Rouhani (2013-21) and former Parliament Speaker Ali Larijani (2008-20), are denied a seat at the table. Iran is becoming less subtle. The new president, Ebrahim Raisi, is the personification of the new elite—cruel, dogmatic and indifferent to Western sensibilities.

As the guardians of the theocracy see it, the U.S. uses institutions like the United Nations Security Council and the International Atomic Energy Agency to pressure regimes into submission. Nonproliferation norms and international conventions are meaningless to Tehran. As Mr. Khamenei recently said, “Whenever you made your affairs contingent on Westerners’ cooperation, you failed, and whenever you moved forward and showed initiative without trusting Westerners, you succeeded.” Iran won’t try to join a global community that is designed and run by its enemies.

Iran has other compelling reasons for developing atomic weapons. So far, the theocracy has relied on Shiite proxies and militias to project its power and influence across the Middle East in a relatively low-cost and effective way. To ensure that Iran can counter the West, Israel and the Arab Gulf States, the regime will need more weapons. Building armies, armadas and air forces is expensive and requires too much foreign input; relying on proxies against well-armed adversaries is precarious. Hegemony on the cheap can come only from the atomic bomb.

There is no longer any meaningful obstacle to the regime’s nuclear ambitions. The Biden administration is too predictable and fearful. The debacle in Afghanistan and the rhetoric about ending “forever wars” has emboldened Tehran, which now toys with the U.S. through on-and-off nuclear talks. In his truculent address to the U.N. General Assembly last month, Mr. Raisi mocked America. “From the Capitol to Kabul,” he said, “one clear message was sent to the world: The U.S. hegemonic system has no credibility, whether inside or outside the country.”

The notion that Israel can come to the rescue with a military strike is also doubtful. Jerusalem has had its share of tough-talking prime ministers, but so far it has relied on sabotage and targeted assassinations to stall Iran’s nuclear program. Such measures won’t alter Iran’s atomic trajectory. Tehran’s advances in centrifuge development will soon make pre-emption impossible.

No force in history has proved more powerful than self-delusion. Mr. Khamenei has already thought what the West still believes is unthinkable. He believes he is on the cusp of getting even. The White House and Congress should start thinking about what to do after Iran’s first detonation to ensure an Iranian bomb becomes a liability for the regime, not an asset.

The administration should try to marshal an international consensus against trade with Tehran by first getting the French, the European country most serious about nonproliferation, on board. Congress could pass legislation restricting access to U.S. markets for those who trade with Iran.

If nothing is done, realism and defeatism—the two often travel together—could play decisively to the regime’s advantage.