Latest Posts
19:42
Home Islamist Movements Iran Wanted U.S. Out of Afghanistan. It May Be Sorry the Wish Came True. 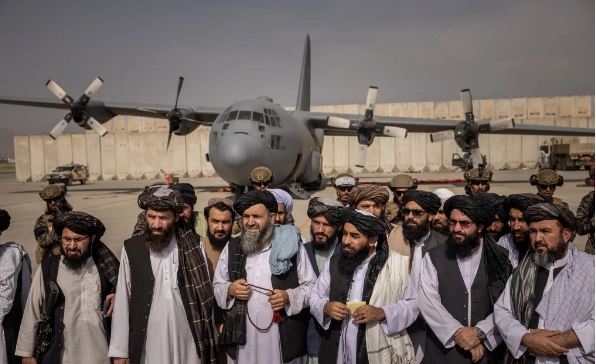 For 20 years, Iranian officials have said they wanted the U.S. military out of Afghanistan. Iran supplied Afghan insurgents with weapons to use against American soldiers. It sheltered Al Qaeda’s top leaders in Tehran. It courted the Taliban with diplomatic visits, covertly and then publicly.

But when the United States finally left Afghanistan in August, the swift Taliban takeover caught Iran off guard.

Suddenly, Iran, a Shiite Muslim theocracy, had a militant Sunni theocracy on its border that is widely seen as anti-Shiite. The upheaval has also sent a flood of Afghan refugees into Iran, has led to fears that Afghanistan will again become an incubator for terrorism, and has trapped Iranian leaders in a diplomatic tangle in dealing with a Taliban government seen as both a potential enemy and partner.

The episode has turned into a classic lesson in “be careful what you wish for.”

“Iran has come to understand that the enemy’s enemy is not your friend, and the Taliban are a more complex problem than Americans,” said Mohammad Hossein Emadi, a former Iranian diplomat who advised Afghanistan’s government and worked in the country for the United Nations. “The consensus is to deal with the Taliban very carefully and pragmatically.”

Iran’s biggest concern, officials said, is the resurgence of the Afghan branch of the Islamic State, which has carried out large-scale attacks against Shiites in Afghanistan and could use Afghanistan as a base to launch terrorist attacks in Iran.

The Taliban, despite their promises to provide security and stability, have so far proven unwilling or unable to prevent ISIS attacks on Shiites in Afghanistan.

Iranian officials are also concerned about the fate of two minority ethnic groups, the Hazara, who are Shiite Muslim, and the Tajiks, who have close cultural ties to Iran.

The Taliban eliminated the informal power-sharing arrangement that encouraged representation for those groups in the government, and they have been accused of carrying out extrajudicial killings and forced displacements of members of both groups. The Taliban have denied these accusations.

The Taliban takeover has also sent a new wave of refugees into Iran, adding to the more than two million Afghans who fled to Iran during previous times of upheaval. Their arrival has stretched Iran’s resources at a time when the country’s economy has been battered by the coronavirus pandemic and international financial sanctions.

But any Iranian response to the new situation in Afghanistan has potential costs.

Recognizing the Taliban could set off a backlash at home among Iranians who see the Taliban as a terrorist group and tarnish Iran’s branding of itself as a protector of Shiites in the Muslim world.

Rejecting the Taliban, on the other hand, could undo the gains of Iran’s careful courtship of the group over the years, and quickly turn a tenuous relationship hostile. Iranian officials fear getting dragged into a protracted conflict it neither wants nor could afford.

For now, Iranian officials say they are taking a middle-of-the-road approach.

Officials have acknowledged the Taliban are a reality but stopped short of recognizing them as Afghanistan’s legitimate government. They have also expressed concern about the safety of resistance leaders such as Ahmad Massoud, who leads an anti-Taliban militia with historical ties to Iran in the Panjshir Valley in Afghanistan, although they have not publicly endorsed his cause, and diplomats and analysts said they had seen no sign that Iran was supporting it financially or militarily.

“We are in contact with all sides and advise them all to implement the idea of an inclusive government,” Foreign Minister Hossein Amir Abdullahian said in an interview. “Afghanistan is facing many different challenges. The existence of ISIS in Afghanistan that has the experience of guerrilla warfare in Syria is a real threat.”

Iran sent fighters and commanders to Syria in 2011 and Iraq in 2014 to fight ISIS, but even if Iran offered, the Taliban are unlikely to welcome Iranian forces the way Iraq did.

Iran has laid out three main demands of the Taliban, according to Iranian diplomats, officials and experts. They include securing Iran’s borders from terrorist infiltration, preventing the Islamic State from gaining ground in Afghanistan, and protecting the rights and security of Shiite minorities.

In addition, Iran has asked the Taliban to help curb drug lords from using Iran as a corridor to transport Afghan opium to Europe, to keep open commerce and currency exchange with Iran, and to refrain from creating social and economic conditions that would send more Afghans across Iran’s borders, Kamal Kharazi, the former foreign minister and current head of Iran’s powerful Strategic Council on Foreign Relations, told Iranian news media last week.

“Our strategy in Afghanistan completely depends on the Taliban’s behavior,” Mr. Kharazi said. “The Islamic Republic of Iran does not want to meddle in Afghanistan’s affairs but naturally we have legitimate interests that must be guaranteed.”

Iran and Afghanistan share deep cultural and historical ties that date back centuries. One of Afghanistan’s two official languages, Dari, is a dialect of Persian, and the two countries share many traditions, including celebrating the Nowruz new year holiday in the spring.

Iran’s border with Afghanistan stretches 572 miles with two crossings vital to trade and commerce. Iran’s exports to Afghanistan total an estimated $7 billion annually, and the country has relied on Afghanistan’s currency market to acquire hard currency in circumvention of international banking sanctions.

Public opinion in Iran is decidedly against the Taliban and critical of the government’s outreach to the group.

Many liberal Iranians identify with the suffering of Afghans under a theocracy, similar to their own lives under the rule of Islamic Republic. The Taliban’s attacks on the rights of women and girls, from requiring head scarves to a ban on singing and sports, and its crackdowns on independent journalists and activists, remind many Iranians of their own struggles with the authorities in Iran.

But conservatives and members of the Islamic Revolutionary Guards Corps have also attacked the government for not supporting the Afghan resistance.

“Why is Iran jumping into the arms of the Taliban?” Muhammad Hossein Jaffarian, a former Iranian official who fought with the mujahedeen in Afghanistan, asked in a talk on Clubhouse, the social networking app. “You must not put all your eggs in one basket.”

Iran and Afghanistan’s political relationship has ebbed and flowed over the decades, depending on who held power in Afghanistan. In the 1980s, Iran backed the mujahedeen militia fighting Russian occupation and the Sunni militant Haqqani faction, now a part of the Taliban. In the late 1990s, Iran and the Taliban nearly went to war over the Taliban’s killing of 10 Iranian diplomats and a journalist in Mazar-i-Sharif.

In 2001, Iran sided with the United States in its invasion of Afghanistan, supplying military intelligence and security cooperation, and later was instrumental in establishing the first post-Taliban government, led by Hamid Karzai.

But after President George W. Bush included Iran in his infamous “axis of evil” speech in 2002 and later established American military bases in Iraq, Iran’s neighbor to the west, the calculus in Tehran shifted. Iran began reaching out to the Taliban with the goal of chasing the United States out of the country.

“Iranians are masters of leverage,” Mr. Nasr said. “They knew once Doha was signed there was no stopping the Taliban. The policy is right now to avoid the worst in Afghanistan and find what to pursue in the mess that America has left them.”