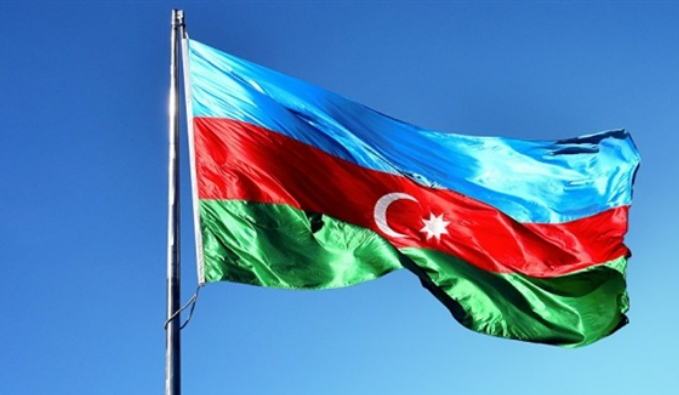 After tensions escalated between Iran and Azerbaijan and the two sides mobilized their forces on the border, the Hussainiyoun Brigade, an armed terrorist militia founded in Azerbaijan by the Iranian Revolutionary Guards, came to the fore. This militia threatened the Israeli embassy in Baku in the context of Tehran’s psychological war against its northern neighbor.

The Hussainiyoun, which calls itself the Azerbaijan Islamic Resistance Movement, was founded by Tawhid Ibrahim Begli, one of the most vocal opponents of Azerbaijani President Ilham Aliyev, in early 2016, along with a number of Azeri Shiites who were studying in Qom and Mashhad in Iran, under the guise of participating in the war against ISIS in Syria, which is the same argument for which a number of Shiite terrorist militias were established.

A number of Azeris were sent from Iran to Syria to fight within an Iranian military unit near the Syrian capital, Damascus, under the supervision of late Quds Force commander Qassem Soleimani, who was killed in early 2020. There, Begli made statements saying that their work was not only to fight ISIS, but also within the territory of Azerbaijan, according to local Azeri media.

The origins of Begli’s family goes back to the city of Lankaran, and they later settled in the city of Mashhad in eastern Iran and then moved to Azerbaijan.

Begli was recruited for the Iranian Revolutionary Guard, and he attended an annual conference held under the name Islamic Awakening Conference. There, in his capacity as head of the Association of Militant Clerics in the Republic of Azerbaijan, he met Iranian Supreme Leader Ali Khamenei and spoke with him about the conditions of what he called “Muslim prisoners” in Azerbaijan.

In 2017, Begli attended a ceremony held in the Iranian city of Zanjan under the title “The Memory of the Nardaran Martyrs” and spoke about the attack by the Azerbaijani Interior Ministry’s special police forces on Shiite activities in the Nardaran region of Azerbaijan, which resulted in the killing of four of them, according to his allegations. In 2020, after the assassination of Soleimani, members of the Hussainiyoun visited his mausoleum in the city of Kerman.

The Azeri authorities arrested the fighters returning from the Syrian war who were members of the Hussainiyoun. On July 3, 2018, Yunis Safarov, a militia member, was arrested on charges of attempting to assassinate the governor of the Ganja region, and on July 14, 2018, a number of other people close to Begli were also arrested.

In 2020, Faleq Waliov, a member of the Hussainiyoun, was arrested in Russia and extradited to the Azerbaijan on August 17, where he was charged with belonging to a criminal group, military training outside Azerbaijan for terrorist purposes and participation in the activities of armed groups outside the laws of Azerbaijan. He was sentenced to eight years in prison by the Serious Crimes Court in Ganja.