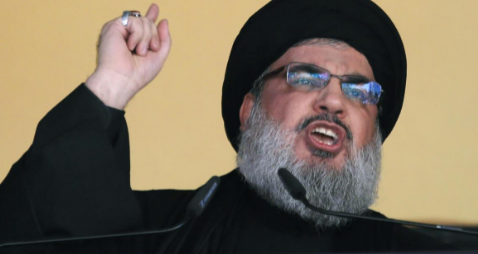 The Lebanese Shia militia Hezbollah has 100,000 trained fighters, its leader has said, sending a warning to rival groups and to its current political ally President Aoun.

That figure, if accurate, would put the group ahead of the official Lebanese army in numbers — and even ahead of the British army.

Hassan Nasrallah made the claim during a speech addressing the clashes on the streets of Beirut last week that claimed seven lives. It was the first time he had outlined the militia’s strength in such detail.

The confrontation began when Hezbollah members protesting against the judge investigating last year’s explosion at Beirut port marched through a Christian area and came under fire from surrounding apartment blocks.

Nasrallah has been under growing pressure as the judge, Tarek Bitar, has begun issuing subpoenas to politicians who are part of the Hezbollah-led alliance that has a majority in parliament.

In the speech, Nasrallah accused a Christian faction, Lebanese Forces, which is opposed to both Hezbollah and the Christian President Aoun, of being responsible for the initial shootings, a claim it denies.

“Don’t miscalculate,” he said, addressing the faction’s leader, Samir Geagea, a veteran of the civil war who spent years in jail afterwards. “Be wise and behave. Learn a lesson from all your wars and all our wars.”

The question of whether Hezbollah could defeat the official Lebanese army is one of the great unanswered questions of the Middle East and one that few want to test.

Analysts say the figure claimed by Nasrallah probably includes not only reservists but others who have never seen action.

“The 100,000 claim might be plausible if he counts, in addition to his full-time fighters, all the potential reserves, who include members who were previously trained in basic fighting, but never had an experience or a refresher course,” said Mohanad Hage Ali, an expert on the group at the Carnegie Endowment in Beirut, a think tank. “This is an overstretch.”

Yet there is no dispute that Hezbollah has built up a substantial force, with support from its Iranian backers. Other factions, including Lebanese Forces, have access to weapons but not on anything like the same scale.

Hezbollah insists its troops are there to defend all of Lebanon’s many sects against Israel, but they are also a substantial disincentive to any state challenge to its position as Lebanon’s dominant faction. They also gained substantial battle experience fighting for President Assad in the civil war in neighbouring Syria.

By contrast, the Lebanese army, which receives training from the Americans, the French and the British, officially has just short of 85,000 troops. It has run out of money thanks to the economic crisis and is having difficulty paying salaries.

The main threat to Hezbollah is the political fallout from the port explosion. News reports have linked the ammonium nitrate that blew up in the port to either Hezbollah or to its regional ally, Assad.

Two shia former ministers, members of the Shia Amal party that is currently allied to Hezbollah, and a Christian minister from a faction also close to Hezbollah are among those targeted for investigation by the judge.

Aoun has said the principle of separation of powers prevents him ordering the judge’s removal, putting the first visible strain on the coalition between his Free Patriotic Movement, the biggest Christian party, and Hezbollah.

Aoun is constrained because the explosion happened in largely Christian east Beirut and any sign that he will not defend the judge is likely to send Christian voters into the arms of rival Christian parties, including those aligned to Geagea and Lebanese Forces.

Lebanon’s next parliamentary elections, which will be the first measure of widespread disillusionment with the main political parties, were today set for March 27 next year.