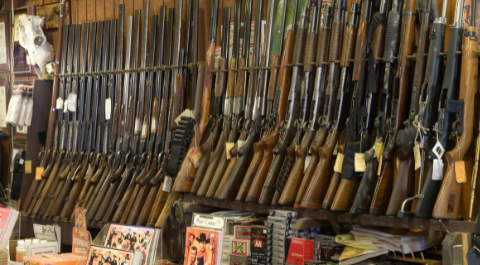 Gun violence has soared in US schools with students returning to the classroom from home study, amid a wider epidemic of misbehaviour in the aftermath of the pandemic.

There were twice as many school shootings in the first two months of the new term than in the last full term taught in person in 2019, before Covid-19 broke out and home study was introduced. Gun-related incidents at school over were up by three times overall.

Teachers and education administrators say they are seeing a rise in disturbances on school grounds from low-level disruption to fighting. Experts say this is a reflection of an increase in mental health problems in wider society and a rise in violence, with a 29 per cent leap in the murder rate in 2020.

Unruly behaviour has been exacerbated by a challenge that went viral on TikTok daring teenagers to record themselves slapping a teacher.

“The toxic stress of everything going on during the pandemic, it’s building up with kids — and adults,” Christina Conolly, director of psychological services for Montgomery County Public Schools in Maryland, told The Washington Post. “Now that they’re around each other again, they need to relearn how to do school.”

The National Association of School Resource Officers, which represents security guards, said that in August and September there were 97 reported gun-related incidents in schools. That is a steep rise on the 29 reported during the same period in 2019.

Everytown for Gun Safety, a group pressing for gun restrictions, recorded 56 instances of gunfire on school grounds in August and September. This was a higher total for those two months than any year since it began tracking school shooting incidents in 2013 and more than double the previous high of 22 in 2019. It also found a record numbers of deaths, at eight, and injuries, with 35.

One secondary school in Pennsylvania reverted to virtual classes, not because of coronavirus fears, but because of “credible threats” after student fights. In a large fight at a secondary school outside Columbus, Ohio, nine teachers were injured and seven students charged with aggravated riot.

Two secondary students in Farmington, New Mexico, were arrested for planning a school shooting, after officials found a map and written plans.

“School violence has risen to levels that we haven’t seen quite frankly,” said Mo Canady, executive director of the National Association of School Resource Officers. “I don’t think it took a genius to see this coming.”

Frank Kitzerow, former police chief for Florida’s Palm Beach County School District, pointed to a possible correlation between rising levels of depression, anxiety and other mental health issues during the pandemic and the increase in school-based gun violence.

“Schools are a microcosm of their communities,” Kitzerow told USA Today, referring to data showing a 25 per cent rise in murders last year. “It should be a clue and a wake-up call for us. What we see in the communities is coming into our schools.”

Dawn Neely-Randall, a fifth-grade teacher in Elyria, Ohio, has taught for more than 30 years and said on Facebook that she has never seen “so much defiance” from students.

“I’m not just talking about immature behaviours,” she said. “On the first day of school, when students are usually on their best behaviour, they came roaring in, jumping onto and over the furniture.”

She said that she was taking anti-anxiety medication for the first time in her life and was considering early retirement. “Hardest year in 32 years of teaching,” she wrote. “I know I’m not alone. It’s being felt all across the nation.”