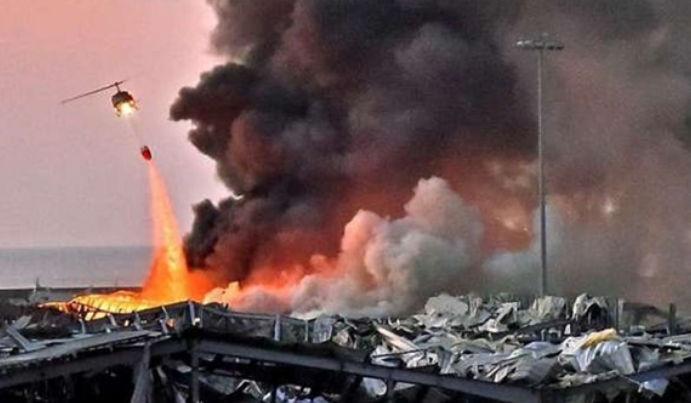 Before sunset on August 4, 2020, the Lebanese capital witnessed its largest earthquake ever, namely the blast of its port.

The intensity of the explosion led some people to call it ‘Beruchima’, a parody of the 1945 nuclear bomb attack by the US on the Japanese city of Hiroshima.

The port explosion caused its full devastation and the destruction of massive parts of the Lebanese capital.

The same blast caused dozens of fatalities and thousands of injuries.

Immediately after the incident, the pro-Iran Lebanese Hezbollah militia was accused of standing behind it.

This accusation was based on the hypothesis that what happened in Ward No. 12 in Beirut Port was caused by the explosion of a Hezbollah weapons warehouse, given the extent of the damage, destruction and suspicious nature.

However, the explosion brought into question control by the Lebanese government over different facilities in Lebanon and the security situation in the country.

Speaking to the Saudi news channel, al-Arabiya, following the blast, the representative of the Strong Republic Bloc which is opposed to Hezbollah, Ziad Hawat, said the port was under complete control by Hezbollah.

He added that the pro-Iran militia also controls a large number of other facilities in Lebanon, including the Rafic Hariri International Airport and the official border crossings.

“The militia controls these facilities in order to ease its smuggling of goods and arms to and from Lebanon,” Hawat said.

He accused the militia of kidnapping the whole of Lebanon.

“Therefore, it is directly responsible for the port tragedy,” he added.