Latest Posts
17:15
Home Reports Accusations of high treason against Marzouki after his incitement against Francophonie Summit 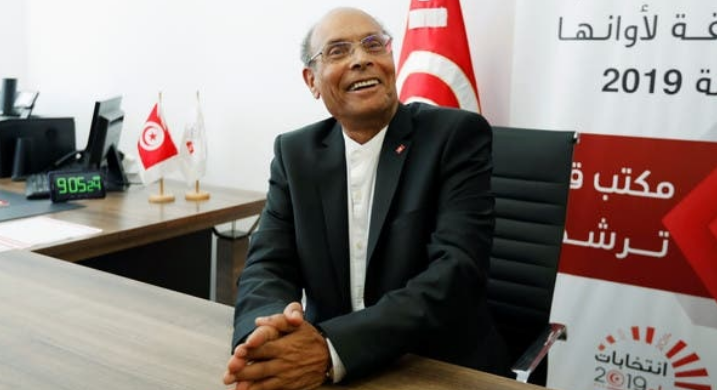 Tunisian circles are preoccupied with the decision taken by the International Organization of the Francophonie (IOF) on Tuesday, October 13, leading to the postponement of the 18th Francophonie Summit, which was scheduled to be held on the Tunisian island of Djerba in November, until next year.

While the reasons for the postponement revolved around the statements of both the Tunisian Ministry of Foreign Affairs and the international organization on the point of security, and the member states’ preference to postpone the session to next year so that Tunisia could secure a wide attendance at the highest level and not have to hold it remotely, the pro-Brotherhood media celebrated, considering that what happened is a position that rejects the developments of events in Tunisia since July 25 and led to the freezing of the parliament controlled by the Tunisian Ennahda movement.

Marzouki’s moves and accusations of treason

Former Tunisian President Moncef Marzouki, who is close to the Brotherhood, did not move away from the decision to postpone, as he gave a speech at a gathering in Paris. In it, he described what is happening in Tunisia as a “coup,” calling on Paris to refuse to provide any support to current President Kais Saied, who represents a “dictatorship regime,” as he claimed.

This came in a recording of him on his personal account on Facebook, at a time when Tunisia was preparing for the Francophonie Summit and devoting all diplomatic efforts to hold it on time.

Marzouki’s statements caused controversy within Tunisian society, as diplomats and citizens accused him of treason and inciting France to interfere in Tunisia’s affairs.

The Tunisian Diplomatic Corps Syndicate condemned Marzouki’s statements as outrageous when he called on the authorities of a foreign country to take punitive measures against his country.

The syndicate called for withdrawing the diplomatic passport from the former president for violating the duty of reservation and harming the country’s interests.

On the other hand, the Assistant Secretary-General of the Tunisian General Labor Union (the main trade union), Sami Tahiri, considered Marzouki’s behavior a high treason because of the incitement against Tunisia.

In turn, President Saied commented on Marzouki’s moves in an implicit manner, saying, “One of them asked foreign countries to intervene in Tunisia,” adding, “There are people who consider themselves heroes, but history discharged them” and “working against the Tunisian state in every forum they visit.”

Saied said during his meeting with interim Interior Minister Ridha Gharsallaoui at the Carthage Palace, “There are those who went to Paris to thwart the Francophonie Summit. There are those who internalize the idea of colonialism,” adding, “We will not be under the tutelage of anyone.”

The president commented on the voices calling for protests against him, including Marzouki, saying, “They called for the greatest trumpet, but don’t they remember last week? It was the day of the stoning of demons.”

There is talk in Tunisia about the necessity of withdrawing the privileges that Marzouki enjoys as a former president against the background of the positions he adopted.

In turn, Marzouki did not deny that he was behind the decision to postpone the session, saying in press statements that he hopes “the Francophonie Summit will be organized in Tunisia as a democratic country and not as a country undergoing a coup.”

The former Tunisian president claimed that he did not invite France to interfere in his country’s internal affairs, considering that the accusations of treason against him were an organized campaign to undermine him.

Marzouki is the face of the Brotherhood’s movement

Tarek Fahmy, professor of political science at Cairo University, did not read Marzouki’s actions apart from the larger movements made by the international Brotherhood organization.

In exclusive statements to the Reference, Fahmy explained that the Brotherhood’s battle in Tunisia is the last, which doubles its danger.

He pointed out that the terrorist organization is aware of its decline in Egypt and Jordan, as well as the recent collapse in Morocco, which means that by losing its influence in Tunisia, any presence of it in Arab governments will end.

Fahmy said that this justifies Marzouki’s activities and movements, noting that he succeeded in postponing the summit, because he used a speech that was consistent with the objectives of the International Organization of the Francophonie, which are pluralism, freedom and democracy.

He pointed out that the international Brotherhood’s plan in Tunisia will depend on continuing bullying abroad, while marketing the victimhood, considering that the organization is trying to exert pressure in new circles, such as working to change France’s position on the events in Tunisia and trying to distort Britain and the United States.

Internationally, Fahmy does not see that the Brotherhood succeeded in inciting the international position on Tunisia, stressing what appears to be support for the path taken by Saied instead.

Since July 25, Tunisia has been living in an exceptional period after the measures taken by Saied, which led to the freezing of parliament and the dissolution of the government of Hichem Mechichi.

Saied continued his measures by opening corruption files and trying to heal the difficult economic reality.

This is why the new government headed by Dr. Najla Bouden came to focus on improving the economic situation, according to her latest statements.