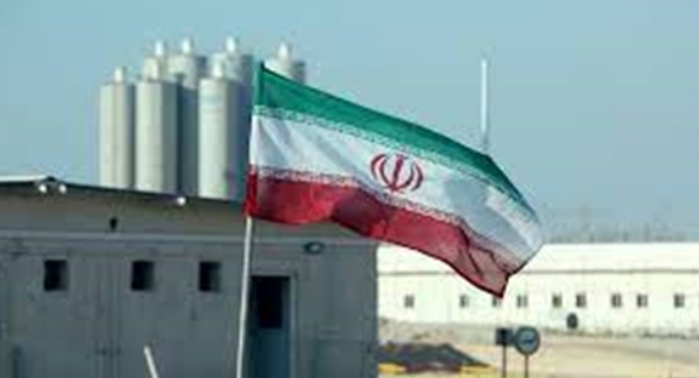 Stalling the IAEA: Iran’s card to gain time and maximize its nuclear capabilities

Iran continues to play on the element of time, strengthen its pressure cards and maximize its nuclear capabilities to improve the terms of negotiation by undermining the tasks of the International Atomic Energy Agency (IAEA) and limiting its capabilities in monitoring nuclear activities, prompting the IAEA to issue a strongly worded report in which it considered that the monitoring tasks in Iran were “seriously undermined” after Tehran suspended some IAEA inspections of its nuclear activities.

The IAEA report indicated that Tehran reduced its cooperation with the inspectors in response to the continuation of US economic sanctions imposed by former President Donald Trump after his administration withdrew from the nuclear agreement, noting, “The agency’s confidence in its ability to maintain continuity of knowledge is declining over time and has now deteriorated significantly, and the situation must be immediately corrected by Iran.”

The IAEA report confirmed that Iran had boosted its stockpile of enriched uranium to more than allowed in the 2015 agreement. Under the agreement, Iran cannot enrich uranium to more than 3.67%, well below the 90% threshold needed to start building a nuclear weapon. In addition, it was only supposed to have a total stockpile of 202.8 kg, but the report estimates that Iran now has 2,441.3 kg of enriched uranium.

In its report, the IAEA said that there had been virtually no progress on other pending inquiries from the agency regarding possible undeclared nuclear activity at several sites in Iran, noting that “the Director-General is increasingly concerned that even after nearly two years, the safeguards issues remain unresolved.”

The global reaction to the IAEA’s report forced Iran to backtrack and reach an agreement with the agency on monitoring equipment placed in Iranian nuclear facilities following a meeting between the two parties, after which they issued a joint statement on the sidelines of IAEA Director-General Rafael Grossi’s visit to Tehran, according to Iran’s IRNA News Agency. This agreement guarantees continued monitoring of the Iranian nuclear program in accordance with the arrangements in force.

IRNA said that “the agency’s inspectors were allowed to perform technical and mechanical maintenance of the specified monitoring devices and to replace memory cards for these devices, which will be stamped by both sides and kept in Iran.”

Grossi considered that the reached settlement “gives time for diplomacy,” referring to the Vienna negotiations to save the international agreement on Tehran’s nuclear program, adding that within a few days the agency’s inspectors will be able to access monitoring equipment at various Iranian sites and ensure their proper functioning.

After Iran reached an advanced point of escalation with the IAEA and there were calls to resort to the Security Council to stop Iran’s violations, Tehran returned to an agreement with the agency to avoid escalation with the international community, but these agreements are always conditional on the part of Iran or contingent upon a certain time so that they remain pressure cards that Iran can use again to buy time to maximize its capabilities.

This is the same card that Iran used in February, where Kazem Gharibabadi, Iran’s ambassador and permanent representative to international organizations in Vienna, announced that he had delivered an official letter to the IAEA Director-General stating the “cessation of voluntary work” under the nuclear deal under which Iran halted inspections. According to the letter, Iran would suspend the implementation of the Additional Protocol starting February 23.

The Tasnim News Agency, which is affiliated with the Revolutionary Guards, stated at the time that the Iranian representative asked the IAEA to “take the necessary measures to implement Iran’s demands to suspend various voluntary activities, including the implementation of the Additional Protocol.”