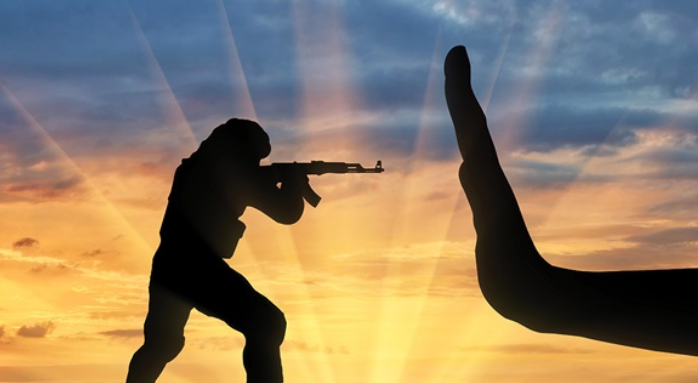 Mozambican President, Filipe Nyusi, praised successes achieved in the fight against terrorist groups in the northeastern part of his country with help from Rwandan forces.

He said at a press briefing on September 25 in his country’s capital, Maputo, with his Rwandan counterpart, Paul Kagame, that the two countries have not yet celebrated full victory over terrorism.

Nyusi referred to the liberation of some Mozambican territories, especially the port town of Mocimboa da Praia in northern Mozambique, with help from Rwanda.

The port is a strategic one that was captured by the terrorists in early August 2021.

“We are in the consolidation stage,” the Mozambican president said. “Mozambique is still cautious and preparing for the return of the displaced, but it is a long-term process that will not take place at the moment.” He added.

He said the companies operating in the port town had to leave because of fighting in the past period.

The president noted that the French company, Total, for example, left Palma only for security reasons.

“They will return as soon as the situation is under control,” he said.

President Kagame, who arrived in Mozambique on Friday, expressed confidence in the ability of his country’s troops and the Mozambican army to defeat the terrorists.

Considering the results achieved recently, he said, we will be able to defeat terrorism at last.

“I think we need more cooperation and we are working on it,” he said.

President Kagame said the operation against the terrorists will cost money and lives until these terrorists are defeated.

Rwanda has been deploying over 1,000 troops in Mozambique since July this year..

It was the first country to send troops to Mozambique to help it confront the terrorists active in the northeastern part of the country.