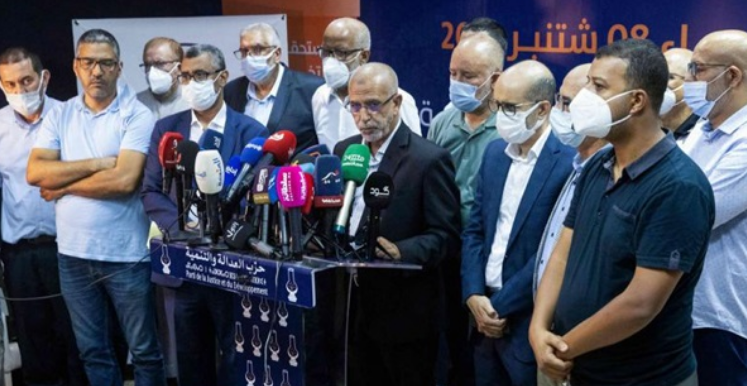 The Justice and Development Party, the political arm of the Muslim Brotherhood in Morocco, suffered a severe defeat in the Moroccan parliamentary elections.

The party formed the government in Morocco in the past ten years.

The Tagammu Party, which is headed by liberal businessman, Aziz Akhannouch, emerged as a major winner in the election, having won 97 out of 395 seats.

The Justice and Development Party is apparently moving down a slope in Morocco.

The party used to possess 125 seats in the outgoing parliament. Nonetheless, it succeeded in winning 12 seats only in the latest election.

The Authenticity and Modernity Party, which was founded by Fouad Ali El-Himma, an advisor of King Mohammed VI, came in second position, with 82 seats.

The Independence Party – part of the opposition bloc in the outgoing parliament – came in third place with 78 seats.

The Socialist Union of Popular Forces won 35 seats, the Popular Movement 26 seats, and the Progress and Socialism Party won 20 seats.

King Mohammed VI is expected to name a new prime minister in the coming days.

The new premier will most likely come from the Tagammu Party. This premier will form the government that will manage Morocco’s affairs for the next five years.

The Justice and Development Party is going through a period of gradual downfall. This period has started since Abdelilah Benkirane failed in forming the government in 2016.

Benkirane rejected the conditions set out by Akhannouch categorically, opening the door for a political crisis that lasted for months.

This caused the king to relieved him and appoint the second-in-command in his party, namely El Othmani, who agreed to Akhannouch’s terms.