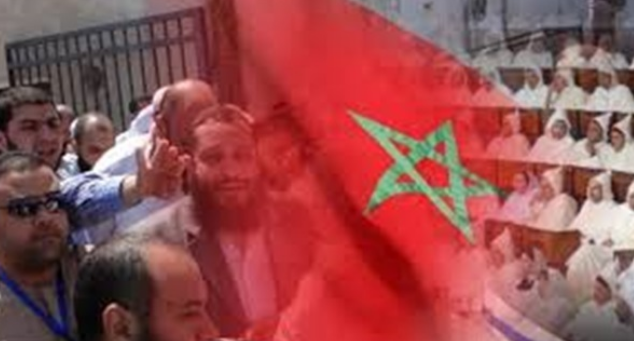 Moroccan PJD: Third fall of Brotherhood and questions about feasibility of pragmatism

The echoes of the resounding fall of Morocco’s Brotherhood-affiliated Justice and Development Party (PJD), from first place with 125 seats in the 2016 legislative elections to eighth place with only 13 seats in September’s elections, still cast a shadow on the Arab scene, not only in Morocco. The Arab arena has been preoccupied for a week with the implications and reasons for the downfall of the third and final experience of the Brotherhood in the region, following the group’s failure in Egypt in 2013 and the freezing of the parliament in Tunisia on July 25.

Contrary to the implications of the elections, which revealed in the first place that the Arab Spring that began in 2011 and continued for a whole decade is fading, which indicates the beginning of a new era devoid of the political influence of Islamist parties in the Arab region. The Arab’s welcome to the successive fall of the Brotherhood from one country to another reveals a new popular mood different from the one that existed in 2011, during which the international Brotherhood organization was able to exist in one way or another within the Arab regimes.

This is the biggest loss for the terrorist group, which relied, at the beginning of its rule in 2011 and beyond, on popular support to justify any arrogance and conceit that characterized its rhetoric and policies.

The Brotherhood bet that this support was solid, always motivated by the victory of the Arab citizenry for religion, but the experience proved that the citizenry lost confidence in the Brotherhood representatives after the years of their rule were devoid of any vision or plan to advance economic and social conditions.

Egypt, Tunisia and Morocco are the three Arab countries in which the Brotherhood came to power but lacked vision in administration, to the extent prompted the people to rebel against them.

Tunisian political writer Nizar Jlidi told the Reference that the Tunisian people are behind President Kais Saied’s decisions to freeze parliament after what they experienced during the rule of the Ennahda movement, including the collapse of economic conditions and the deterioration of living conditions.

Jlidi stressed that this position was shocking to Ennahda, which expected that popular support for it would continue regardless of the situation, considering that the movement’s statements and talk about holding radical reviews were caused by an attempt to contain the people again and deceive them.

In Morocco, the PJD failed to fulfill its ten-year promises, in which it pledged to improve living conditions. This is why Mohamed Faouzi, a researcher in regional security affairs, said that Moroccans have resorted to a punitive vote against the Brotherhood-affiliated party.

In an analytical article entitled “Dimensions and implications of the fall of the Justice and Development Party in the Moroccan elections”, which was published on the Al-Ahram Center for Political and Strategic Studies website, Faouzi said that the accumulation of failure in the Brotherhood’s policies threatened its popularity, especially when the party adopted some cumbersome economic-social measures such as lifting subsidies for fuel, raising the retirement age, and relying on a contract system with teachers instead of integrating them into government jobs, which would have ensured them stability.

Faouzi pointed out that the competing parties played on this chord in a way that presents themselves as the alternative to treat these mistakes, which proved successful in the election results, as the PJD disintegrated next to seven rival parties.

According to opinion polls in the aftermath of the events of 2011, the popular welcome for Islamists stemmed from a religious point of view, which was abandoned by the PJD over time, specifically when, by virtue of the party’s leadership of the government, it was part of the official authorities approving the normalization agreement with Israel on December 22, 2020.

This reflects the trap that the party has fallen into, as it had always presented the Palestinian cause as the cause of the Islamic Ummah, in which there is no compromise.

With this position, the PJD seemed to have abandoned one of the Islamic constants as soon as it came to power, which caused anger against it among the people, as well as the internal disputes that erupted within the party.

By the same logic, it was the trap of the PJD-led parliament’s passage of the French education law after the party’s representatives abstained from voting on the law, despite their ability to stop it if they wished, given that their number exceeded the number of representatives who voted yes.

The file of French resistance and the Arabization of vital institutions such as education is one of the most prominent goals raised by religious parties in the Arab Maghreb in general, and as a result it has been accepted in light of a popular mood that rejects the penetration of French as a symbol of cultural colonialism and crushing before everything that is French.

Continuing the hemorrhaging of popularity and shocking the party’s supporters and affiliates, the PJD adopted a bill that allows the use of drugs for medical symptoms.

This position was attacked so violently that former PJD Secretary-General Abdelilah Benkirane announced his resignation in objection to the party’s position on the drug licensing law, had it not been for the intervention of some who persuaded him to retract the step.

Pragmatism does not work

In contrast to the rigid Brotherhood of the Arab East, the Brotherhood in the Maghreb countries, specifically in Tunisia and Morocco, was interested in highlighting their flexibility and progress, to the extent that some described it as “pragmatism.”

Perhaps the position on the file of normalization with Israel, along with the French and drug laws, reflects the PJD’s deception to cling to power, justifying that playing politics requires making concessions.

This is what Tunisian Ennahda leader Rached Ghannouchi tried to convey to the Egyptian Brotherhood in the wake of its overthrow, as their expansion in power and stagnation took over them while refusing to make concessions.

From this point of view, Mohamed Elhamy, an Egyptian Brotherhood fugitive abroad, posted on Telegram, taking on Ghannouchi and the rest of the Brotherhood’s branches in the Maghreb, saying, “Even pragmatism and abandoning the principles of the Islamic project to satisfy the liberals did not protect them.”

Observers confirmed that this openness that Elhamy took regarding the Moroccan Brotherhood is dishonest, as it conceals a rigid Brotherhood mentality that is not different from that on which the Brotherhood of the East was brought up.