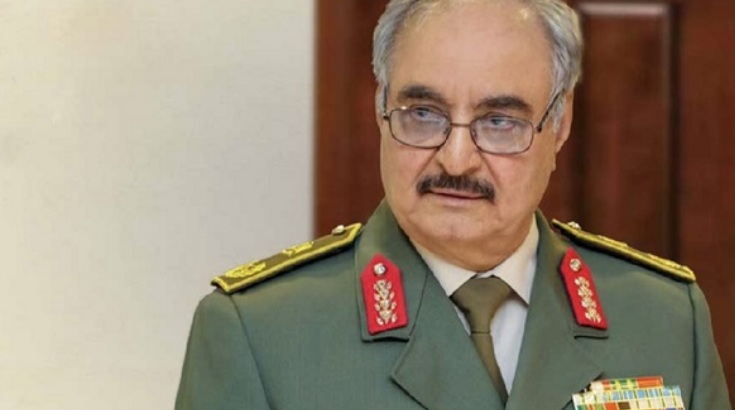 Haftar emerges as a potential presidential candidate in Libya

Libya’s political arena is becoming tense ahead of the general elections which are slated for December 24.

The remnants of terrorist groups are launching repeated attacks in western Libya, especially in Tripoli.

The latest withdrawal of confidence from the government of Prime Minister, Abdul Hamid Dbeibeh, by the parliament came to add more uncertainty to the political scene in Libya.

Libyan National Army Commander, Khalifa Haftar, has also quit his position in preparation for running for president in the December elections.

Haftar is an avowed enemy of Islamist and terrorist groups operating in the western part of his country.

These groups include the Muslim Brotherhood, with which Mr. Dbeibeh is apparently in concord.

Parliament Spokesman, Abdullah Blehaq, said the withdrawal of confidence from the government was also opposed by 24 MPs.

He added on Facebook that the motion was approved during a closed session that was headed by Speaker Aguila Saleh.

He noted that an additional 11 MPs could not attend the session.

Blehaq said these 11 MPs also back the confidence withdrawal decision.

The parliament said, however, that Mr. Dbeibeh’s government would continue to run Libya’s affairs until a new government is elected.

The outgoing prime minister asked his supporters, meanwhile, to stage demonstrations against the withdrawal of confidence from his government.

He asked his backers to stage these protests on Friday.