Latest Posts
19:11
Home Reports Blurred faces: What is in store for Morocco’s parliament in 2021? 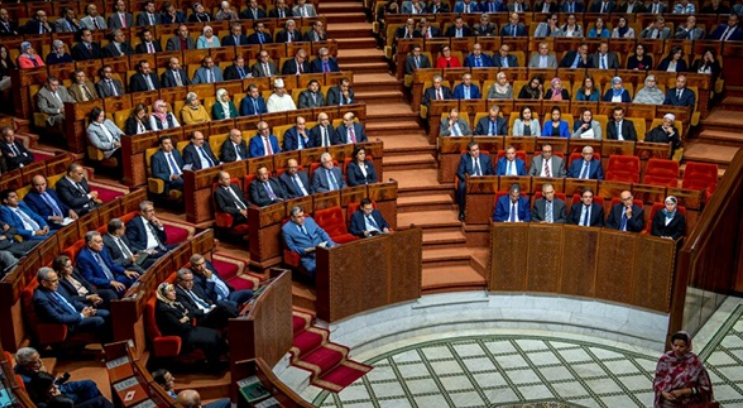 Blurred faces: What is in store for Morocco’s parliament in 2021?

Ahead of the parliamentary elections taking place in the Kingdom of Morocco on September 8, the electoral campaigns of the parties participating in the elections began with publications by female representatives of the Brotherhood-affiliated Justice and Development Party (PJD) in the districts of Jinan al-Ward and Akdal, and their pictures were hidden with the party’s lamp logo placed instead of their faces.

The posters sparked a state of controversy among voters, with some justifying withholding pictures of female candidates by saying that they are low on the list of candidacies and that their victory is highly unlikely in the upcoming elections, given the nature of the electoral system in place.

Meanwhile, the party said that the matter has something to do with administrative matters, explaining that the submission of the concerned female candidates within their party lists is a combative candidacy to meet the required number of women in the electoral lists.

Despite the PJD’s few chances of winning a third term to lead the Moroccan government, observers fear the imposition of a specific model of religiosity in line with the ideology of the Brotherhood, from which the party leaders hail, whether they are male or female candidates.

In this regard, Moroccan journalist Martina Sabra commented that before the Islamist party came to power, it fought for many years against the reform project for women’s rights, but after pressure from Moroccan King Mohammed VI, the party complied with the reforms included in the new family code.

Sabra pointed out that the beginning of the PJD’s rule in 2011 included the largest representation of women, with 18 women out of 67 in the new parliament. Now, more than one female representative is running on their lists, but this does not mean a fundamental change in the field of equality of rights between women and men in Morocco at a time when female candidates are calling for the necessity of strengthening the presence of women in public life and providing greater assistance to female workers, villagers and their families. The party’s position and view of women’s issues remains unclear.

In a related context, the Moroccan Ministry of Awqaf took decisions to protect the pulpits from being exploited by preachers, imams and guides loyal to the Movement of Unification and Reform (MUR), the advocacy arm of the PJD, as stipulated by the law regulating the work of preachers.

This ministerial decision may curb MUR’s attempts to mobilize voters for the PJD, which leads the current government coalition, knowing that many imams and preachers belong to the movement and are widespread in Morocco’s mosques.